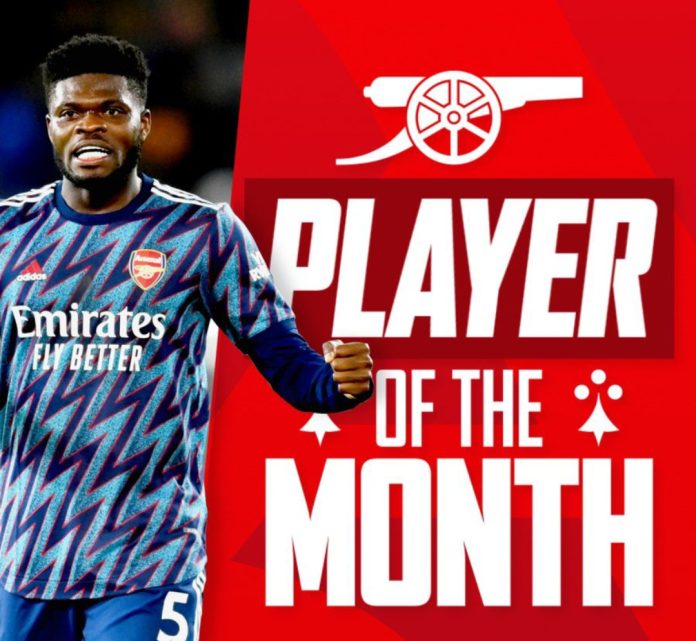 Ghanaian star player Thomas Teye Partey has won his first ever Player-Of-The-Month award after being named as Arsenal FC Most Valuable Player for February.

The 28-year-old Ghanaian international finished with 49 per cent of the vote, narrowly edging out Martin Odegaard, with Bukayo Saka in third.

Partey started the month with a typically combative performance in midfield as Arsenal won 1-0 at Wolves, and helped shore things up as when the team was reduced to 10 men with 20 minutes remaining.

He was also impressive in the victory against Brentford, dominating the middle of the park as Arsenal claimed another hard-fought three points.

Striking photos from training of headteachers on use of GSFP digitised...