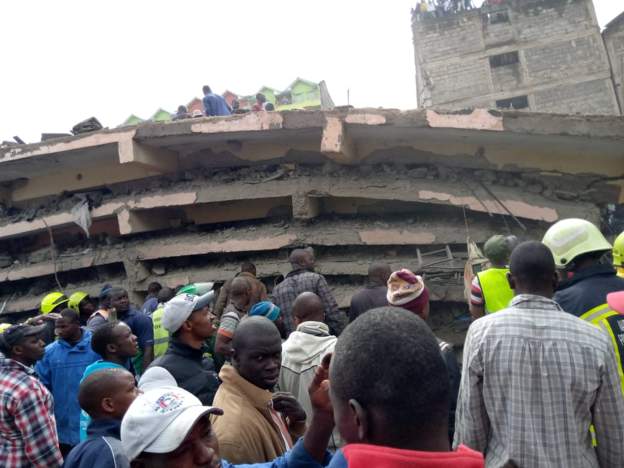 A Kenyan journalist on the scene at the collapse of a multi-storey building in the capital Nairobi has told the BBC he witnessed three people being rescued from the rubble and taken to hospital.

Habib Mate, who works for Kenya Television Network, said that people were living in the building before it fell down but that the ground floor had already been abandoned.

It is unclear how many people are still trapped and if anybody has died.

The reason why the building fell down is not yet known, but it is common for buildings to be constructed with substandard building materials which crumble after heavy rain.