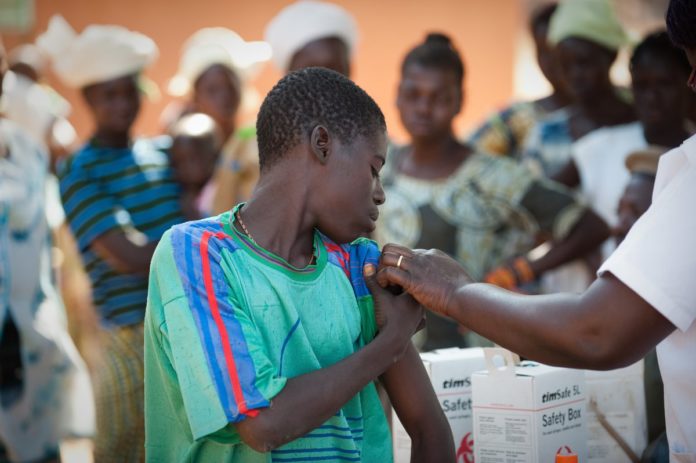 A total of 53 Meningitis related deaths have so far been reported in Ghana between January and April this year.

Dailymailgh.com has gathered that seven out of the 16 regions in the country have so far recorded a total of 414 cases, according to media reports, though health officials are yet to give full details about the case counts.

Each year, the regions, especially those in the Meningitis belt report sporadic cases with a surge in the number of cases during the dry season.

It also comes as the country battles the deadly Coronavirus, which has also infected 1,279 persons and killed 10.

Although officials of the Ghana Health Service have been deployed to contain the outbreak up north, experts say enough has not been done to manage the situation.

The Upper West region started reporting sporadic cases in February 2020 and has seen an increase in cases in recent times, especially in the last three weeks.

According to a report by the GHS, the Upper West region reported a total of 258 out of 409 cases recorded in the five northern regions.

Forty patients were confirmed dead, representing a case fatality of about 15%, according to the GHS, which has since reassigned the region’s Director of Health Services Dr Kuffour-Afreh.

In the Upper East Region, a total of eight persons have died following the outbreak.

The Region has so far recorded 21 cases between January and April, the Regional Health Directorate confirmed in a media interview.

Upper East Regional Director of Health Services, Dr. Winfred Ofosu, explained that though the cases have been sporadic, there are enough antibiotics to treat affected persons who report to the hospital on time.

“So far, from January to date we have 71 suspected meningitis cases. About 21 have been confirmed positive and we have recorded seven deaths…For the confirmed cases, we have enough antibiotics to treat them,” said Dr Ofosu, who was quoted by CNR as saying.

Dr. Ofosu said the region was not in an epidemic situation and hence there is no need for vaccination.

Case counts in Northern, North East and Savannah regions were yet to be disclosed by health authorities.

In the case of Ashanti region, the three deaths recorded, were among 15 suspected cases in the Sekyere Central and the Asante-Mampong areas.

Six out of the 15 persons have since tested negative of the disease while the others are being monitored, the Ashanti Regional Health Directorate said in March.

Health officials in the region were yet to give additional updates on the cases at the time of filing this report.

The Central Region also confirmed the death of two students of the Nyankumasi Senior High School in the Assin South District following the outbreak early January.

Health authorities have said the Central Region has recorded several cases of meningitis in some communities, but were yet to give a full updates of the outbreak.