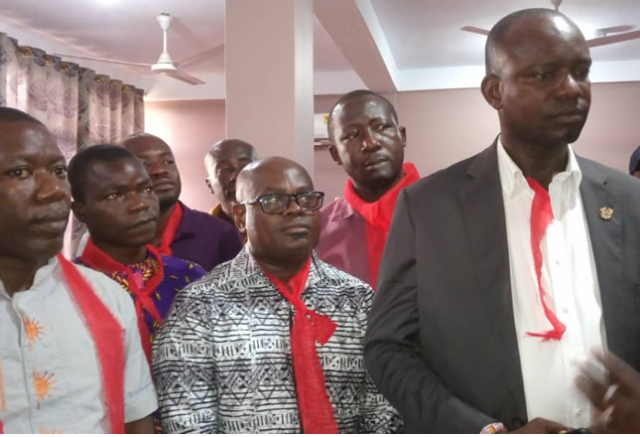 Tutors in all 46 Colleges of Education in Ghana have threatened to unleash a series of actions if their delayed book and research allowances are not paid.

The tutors —mainly members of the Colleges of Education Teachers Association of Ghana (CETAG) – say processes to get their 2018/2019 allowances have stalled.

On January 29, 2019, the government and CETAG signed a joined communiqué after a successful negotiation of Book and Research Allowances and Market Premiums for tutors —after a month long strike action in October 2018.

It was agreed that the Book and Research Allowances (BRA) would be paid to the tutors by September 2019.

But CETAG says the funds are yet to hit their accounts despite several engagements with authorities regarding documentation.

“CETAG’s constant engagement with the authorities has shown that the National Council for Tertiary Education (NCTE), the Ministry of Education and the Ministry of Finance have all completed the necessary documentation on the BRA and same submitted to NCTE to the Controller and Accountant General Department to effect payment. Unfortunately, the process has stalled”, a statement signed by leadership of CETAG stated.

CETAG also says attempts to get the National Labour Commission to intervene in the matter have received no official response.

They have thus given government a ten-day ultimatum to effect payment or face their wrath.

“This situation has resulted in discontentment and agitation among the rank and file of our members across the country. Under the circstance, CETAG is compelled to wait for ten working days effective 6th November, 2019 other than which members will strongly advise themselves”, parts of the statement read.

It appears the Akufo-Addo-led administration has been faced with various teacher agitations in recent times.

The crisis heightened in the eight universities after two other associations joined the industrial action.

The strike action was suspended following an intervention by the Labour Commission and the Ministry of Education.

‘I was checking for breast cancer’ – Ghanaian cop allegedly fondles...

E/R: How a curse-invoking man triggered interdiction of five policemen at...