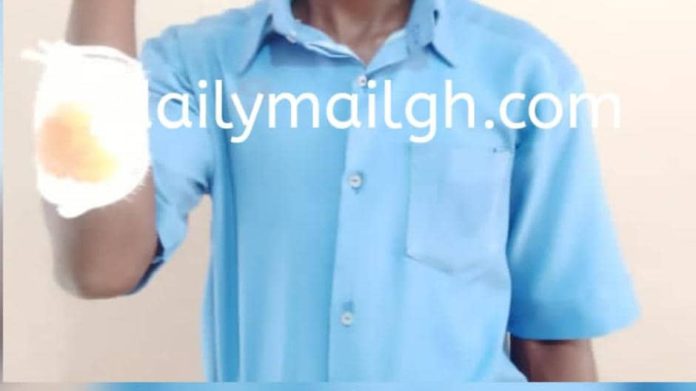 Police are searching for two students of Agona SDA Senior High School in the Ashanti Region who allegedly stabbed a colleague on campus about a week ago, dailymailgh.com has learnt.

The incident happened on Saturday, November 7, just 48 hours after a student died of stab wounds at the Konongo Odumase Senior High School, it is reported.

The police in the Sekyere South District have already intensified investigations to uncover the circumstances surrounding the incident which was reported to their outfit on Sunday, November 8.

The victim who survived with stab wounds on his right upper eye brow and the right arm is said to have received treatment at a health facility. A police medical form has since been issued for endorsement as part of investigations.

Authorities of the school and the police have remained tight-lipped on the matter as search intensifies to apprehend the suspects who are on the run.

“The police have been profiling the suspects and they are picking leads”, a close source familiar with the development told dailymailgh.com. “The school authorities have also been holding meetings over the development as well”.

Such incidents appears to be the new wave of crimes in second cycle schools in Ghana, particularly in the Ashanti Region which has recorded at least two deaths since 2018.

The latest incident at the Konongo Odumase Senior High School resulted in the death of Sam’un Larhan, a 17-year-old SHS 1, student who was knifed during a scuffle on campus.

Five teenagers who attend the same school are being held by the police in connection with the crime which has widely been condemned by a section of the public including the country’s Education Minister, Dr Yaw Osei Adutwum.

Dr. Adutwum condemned the manner in which second- and third-year students at some senior high schools bully freshers, known in the local parlance as “homoing”.

He said such acts of indiscipline should not be tolerated in the 21st century. Rather, he said, schools should aim to create the right learning environment, one devoid of intimidation, so that students can perform well academically.

The minister argued that it is such acts which have led to students being maimed. Dr Adutwum regretted that various kinds of bullying have been a feature of Ghana’s school culture, but said the “time has come for us to end this, because homo is a thing of the past”.