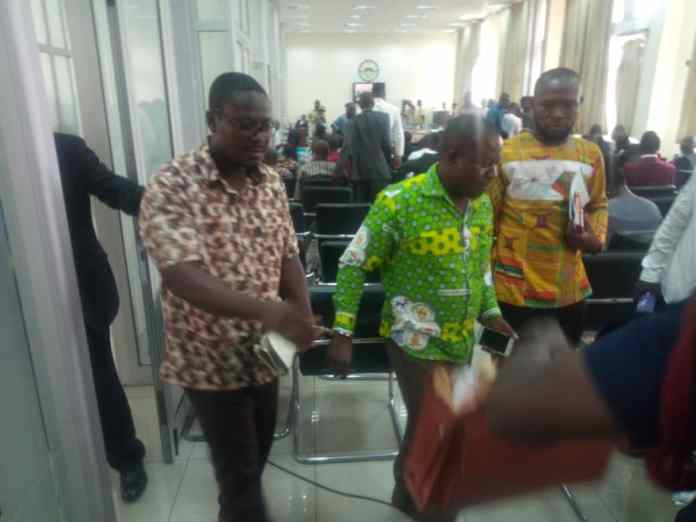 The Ghana Police Service has arrested two persons who have appeared before a live Public hearing of the Public Accounts Committee (PAC) of Parliament upon orders from the Chairman, James Klutse Avedzi, for allegedly presenting fake documents.

“You want to hold the committee to ransom; that the two of [connived] to try and deceive this committee…we are going to lock you up.”

“The police will take a statement from you and that statement will be used against you in the law court. We [the Public Accounts Committee] will not prosecute you. [Instead] The government will take over [this case],” Mr. Avedzi said.

The Chairman of the Committee ordered their arrest because upon several request of the committee, they are alleged to have presented nine fake payment vouchers instead of 62 genuine ones in defense of a total sum of one hundred and ¢126,000.00 that could not be accounted for.

The committee is probing expenditure by the various assemblies in 2016 as captures by the Auditor General report.