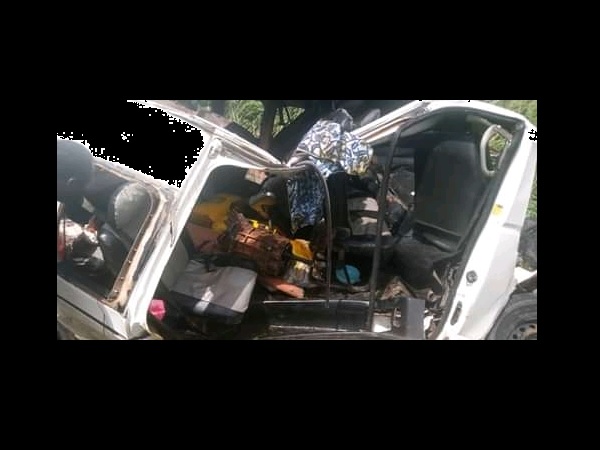 Two people were confirmed dead while others sustained various degrees of injury in an accident on Saturday morning at Kpelgini on the Yendi-Tamale road.

The accident involved a MASLOC-branded minibus and a saloon car, local media reported.

Reports said the saloon car attempted to swerve a pothole when it veered into the oncoming lane, crashing into the minibus.

Bodies of the two victims were recovered during a rescue mission by bystanders and witnesses.

The injured persons were rushed to the hospital for treatment while the dead have been buried at the Yendi cemetery.

An eyewitness told Citi FM that, “the private car was trying to dodge a pothole and went to the left side. The area is a curve and there are potholes. Because of the curve, the private car driver did not see the oncoming vehicle, and before we realized it, the two vehicles collided and two people on the private car died on the spot. About ten people sustained varying degrees of injury and were rushed to the Yendi hospital.”

According to reports, the deceased persons were on their way to a wedding in Yendi.

Both vehicles were being towed from the accident scene by the Motor Traffic and Transport Department of the Ghana Police Service in Yendi. The police says it is investigating the incident.