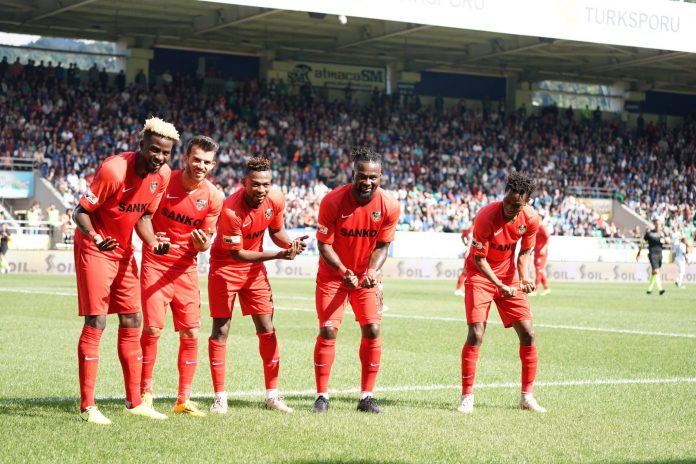 The Ghana attacker is in the form of his life scoring four goals in four Super Lig matches for the newly promoted side since joining from Spanish top-flight Alavas.

With his fourth goal of the season, the Ghana attacker has become his side’s top scorer in the Turkish Super Lig so far this season.

The 25-year-old tops man played full time together with fellow Ghanaian and former Liberty Professionals midfielder Abdul Aziz Tetteh with Raman Chipsah coming on as a second half sub as the trio inflicted a painful defeat on fellow country man Attamah Larweh on home grounds.

MAIN MAN: Nyantakyi Is the Ally to Have and to Hate