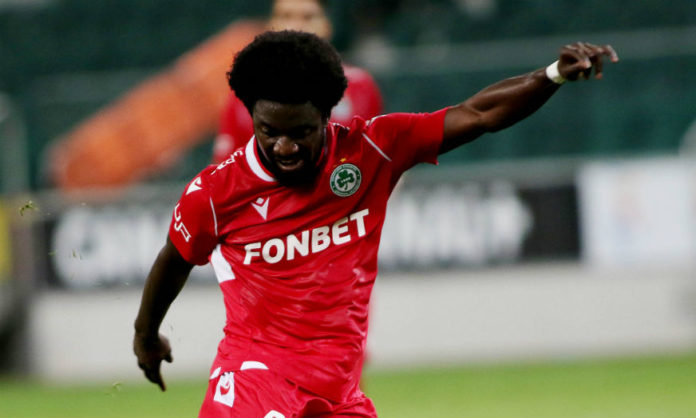 Ghanaian international winger, Ernest Asante came off the bench to score in penalty shoot-outs to help Omonia Nicosia through to Champions League next stage.

The Cypriot side drew 1-1 with last season’s Champions League group stages outfit Red Star Belgrade and went on to win 4-2 on penalties to go through to the playoffs stage.

Michael Lüftner scored a 31st minute goal to put the host in front in the entertainment-filled encounter.

The second 45 minutes did not produce a goal and the score remained 1-1 after extra 30 minutes of action.

One minute to the end of the extra time, Asante was introduced into the game to take Thiago Santos.

The Ghana International then converted the third spot kick for his team as they won 4-2 to eliminate the Serbian giants.

The Green and Whites will will take on Greece powerhouse Olympiacos on 23rd at 7pm away before the return leg at home on 29th September to look for a place in the group stage.