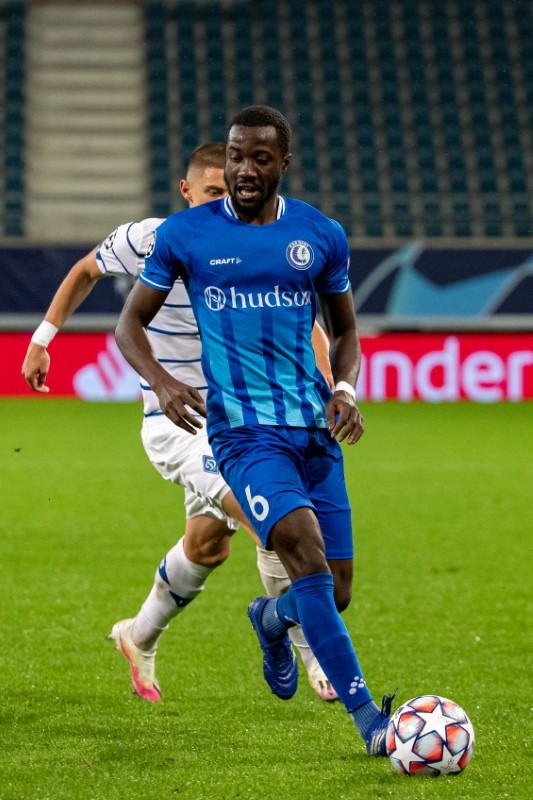 According to the Atletico Madrid transfer target, they as players must do more than enough to get the desired results from matches this season and also that the results of yesterday’s game is regrettable.

“It was not a match with a happy ending for the Buffalos an honest Elisha Owusu said after the match.

Furthermore the 22-year-old revealed the Blue and Whites game plan ahead of the game.

“The plan was not to concede a goal and after ten minutes that plan was thrown away as we allowed Kyiv to score far too easily”.

On the other hand, the Ghanaian midfielder believes Gent started the game on a bad note but tried their best to rescue themselves against a top opposition.

“We started badly but fought our way back into the match thanks to Tim Kleindienst’s first goal from Gent and after the break we believed in it, but then we took our courage by going one-man down”, he remarked.

“Bezus received two yellow cards within a few minutes and that obviously did not help the team forward. ”

Owusu saw a recurring element: “It is the story of our season start. We found out and only then seemed to wake up. The coach has often told us, that laxity must be removed.”

Owusu also added that, despite the bad results, the team remain positive for the next games.

“I am a positive person and always look ahead. The recovery will start tomorrow and afterwards the focus will be on OHL. On Saturday we welcome our supporters in the stadium. We have to go through fire for them. ”

Gent suffered defeat in the UEFA Champions League playoffs first leg and would on next Wednesday travel to face Dynamo Kyiv in Ukraine.

Hearts of Oak players test positive for COVID-19 ahead of CAF...