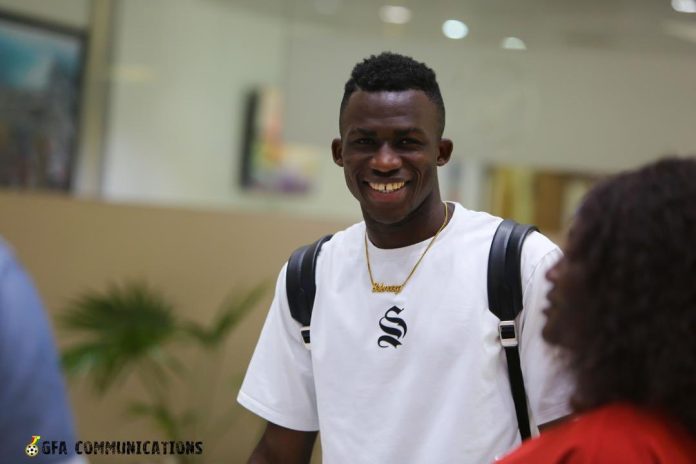 The AS Roma wonder-kid has arrived safely in the country and has reported at the Black Stars camp for the crucial games.

He emerged with the winners medal of the new UEFA competition with AS Roma on Wednesday evening against Dutch Eredivisie side Feyenoord.

The 19-year-old Ghanaian versatile forward played for the Black Stars in the two-legged matches against rivals and neighbors, the Super Eagles of Nigeria in March where he made his Ghana debut.

The young attacker is expected to start for Black Stars in the upcoming 2023 Africa Cup of Nations qualifiers against Madagascar at the Cape Coast stadium on June 1.

He scored two goals in 19 Serie A matches for the Red and Yellows as they secured a place in next season’s UEFA Europa League competition.