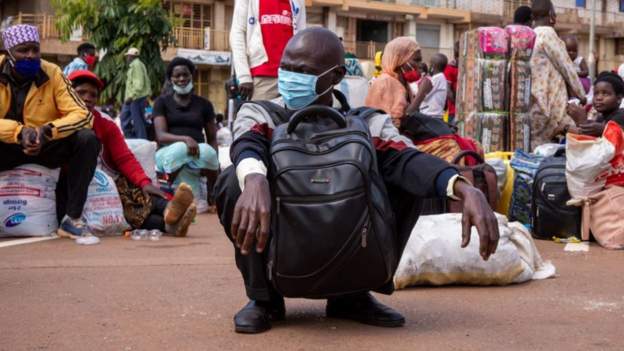 Uganda’s President Yoweri Museveni has warned that the country is heading to a more dangerous phase of the coronavirus pandemic.

In a televised address on Monday night, Mr Museveni said cases of the disease were being reported among people whose contacts could not be traced following the reopening of private and public transport in some parts of the country.

Previous cases of the disease had mostly been reported among returnees from abroad and cross-border lorry drivers.

The president said restrictions on public and private transport in at least 33 border districts would be lifted.

But districts that have a high population of refugees or are major border transit points will continue to enforce regulations on transport.

Other controls that remain in effect include a nighttime curfew as well as the closure of places of worship and schools.

The country has so far confirmed 774 coronavirus cases with 631 recoveries and no death.