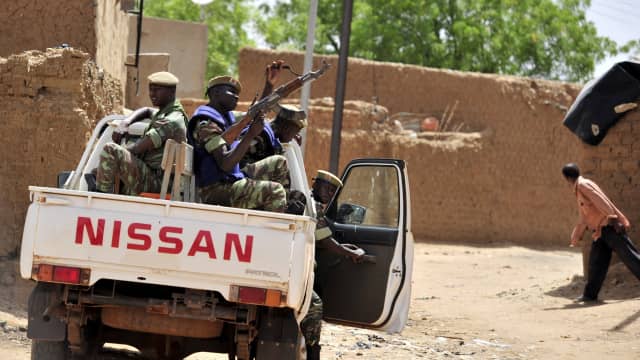 Gunmen have killed at least 132 people in Burkina Faso’s volatile north, the government said, as the United Nations chief condemned “the heinous attack” and called on countries to step up the fight against “violent extremism”.

The assailants struck during the night on Friday, killing residents of the village of Solhan in Yagha province, which borders Niger. They also burned homes and the village market, according to a government statement on Saturday.

President Roch Marc Christian Kabore called the killings “barbaric” and said the Burkinabe people “must remain united and solid against these obscurantist forces”.

No group has claimed responsibility so far.

The overnight assault was the deadliest recorded in years in Burkina Faso.

Since 2015, the West African country has struggled to fight back against increasingly frequent and deadly attacks from groups linked to al-Qaeda and more recently to ISIL (ISIS). The attacks first started in the north near the Mali border, but have since spread to other regions, particularly in the east, causing one of the world’s most acute humanitarian crises.

Some 1.2 million people in Burkina Faso have been forced to flee their homes because of the long-running conflict, as armed groups step up attacks on the army and civilians despite the presence of thousands of French troops and other international and regional forces across the Sahel.

UN Secretary-General Antonio Guterres said he was “outraged” by the killings in Burkina Faso and offered the country the world body’s “full support”.

Guterres “strongly condemns the heinous attack and underscores the urgent need for the international community to redouble support to Member States in the fight against violent extremism and its unacceptable human toll,” his spokesman Stephane Dujarric said in a statement.

Burkina Faso has now declared 72 hours of mourning in the country.

In Solhan, a local source told AFP the assailants stuck at approximately 2am against a position of the Volunteers for the Defence of the Motherland (VDP), a civilian defence force that backs the national army.

They then attacked homes and carried out “executions,” the source said.https://www.youtube.com/embed/q-Sr7p5PJmY?version=3&rel=1&showsearch=0&showinfo=1&iv_load_policy=1&fs=1&hl=en-US&autohide=2&wmode=transparent

The VDP was set up in December 2019 to help Burkina Faso’s poorly equipped military fight against armed groups, but it has suffered more than 200 fatalities, according to an AFP tally. The volunteers are only given two weeks of military training before deploying to work alongside the security forces. They typically carry out surveillance, information-gathering or escort duties.

“The dynamic is the [armed groups] come in, they overpower the civil defence post and engage in collective punishment against the rest of the village,” Dufka said. “It’s a pattern we’ve seen everywhere this year.”https://6d8594ee984615feba4e94e1b5993728.safeframe.googlesyndication.com/safeframe/1-0-38/html/container.html

For instance, in neighbouring Niger, armed attackers killed 137 people in March in what analysts and rights groups said could have been revenge for killings by self-defence groups in the area or for the arrests of people suspected of belonging to armed groups.

Dufka said Friday’s attack pushes the number of people killed by armed groups in the Sahel region since January to more than 500. Most of the killings were carried out by fighters with the Islamic State of the Greater Sahara, she added.

The attack in Solhan came just weeks after defence minister Cheriff Sy and other military top brass visited the neighbouring town of Sebba to assure people that life had returned to normal, following a number of military operations in the area, according to Al Jazeera’s Nicolas Haque.

“There was also a military barracks not far away from where the attack took place,” said Haque. “But they did not react. They never arrived on the scene. It’s a feeling that people across the Sahel now share in – that they cannot rely on their security forces to protect them.”https://www.youtube.com/embed/bXnVewdqyWo?version=3&rel=1&showsearch=0&showinfo=1&iv_load_policy=1&fs=1&hl=en-US&autohide=2&wmode=transparent

With the security situation deteriorating, analysts have said more violent attacks were likely to follow in Burkina Faso and neighbouring countries.

“It is an awful massacre that’s happened. And I’m afraid we are going to have to expect more similar types of reports,” said Alex Vines, director of the Africa Programme at the international think-tank, Chatham House.

“It’s a hotspot. It’s that tri-border area of Mali, Burkina Faso and Niger, where there’s very significant displacement and violence taking place … The governments are increasingly weak and ineffective. And they are not providing the security that populations need. And so armed groups … are filling those gaps.”

Vines told Al Jazeera the uptick in violence in the Sahel has other West African countries worried.

“It’s all very serious and it is spreading regionally. This isn’t just about the Sahel,” he said. “There are overspill security incidents now, in countries along the Gulf of Guinea coast. So, think Benin, think Togo. The Ghanaians are particularly worried about what’s happening along their border with Burkina Faso. Ivory Coast, also. This is becoming increasingly an international issue.”