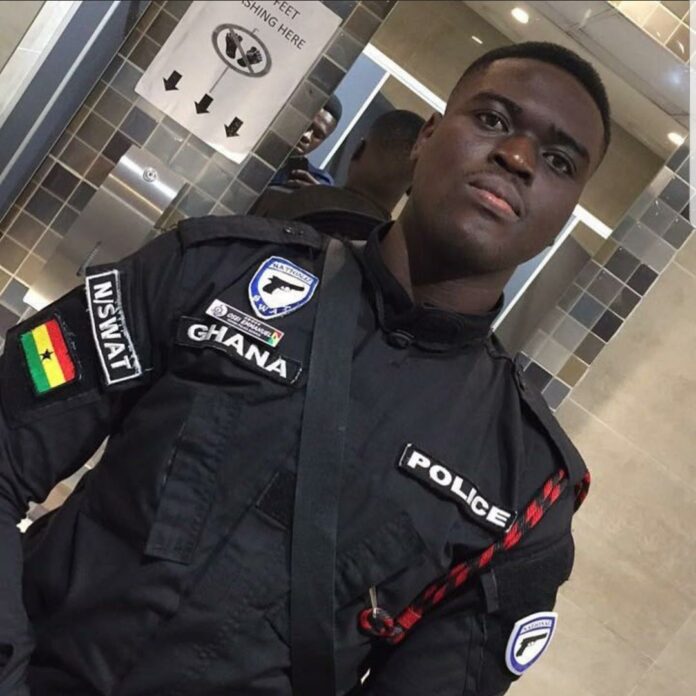 A policeman was killed in a daylight gun attack in Ghana’s capital Monday, according to local media.

The Ghana Police Service which confirmed the incident said the death toll had risen to two after the body of another woman was found few meters away from the crime scene.

The on-duty officer was part of occupants of a Nissan van with registration number GT 8592 W belonging to Mon-Tran Company, a private security firm in Accra.

Officers from the Jamestown District Command who rushed to the scene found the said van parked in the middle of the Adedenko Metal Market road with three door glasses shattered.

The lifeless body of the policeman was spotted at the front seat of the vehicle drenched in a pool of blood.

He was later named as Constable Emmanuel Osei of the Special Weapon and Tactics Unit (SWAT) of the Ghana Police Service.

“Onlookers led police to a wooden structure where the body of one Afua Badu aged 40 was also found lying prone in a pool of blood. Spot enquiries revealed that she was pursued and shot at for raising an alarm”, the police said in a statement widely shared online.

The armed gang who were on two motorbikes fled the scene amid firing gunshots. It is not immediately clear whether they escaped with any amount of money.

One of the occupants onboard also named as Grace Essel, who escaped unhurt was also located after seeking refuge in the community.

She has been sent to the hospital for medical examination.

Bodies of the victims were being conveyed to the Police Hospital as investigators moved to the crime scene to obtain further information.

It was gathered that the driver who also sustained gunshot wounds is receiving treatment at the Korle Bu Teaching Hospital.