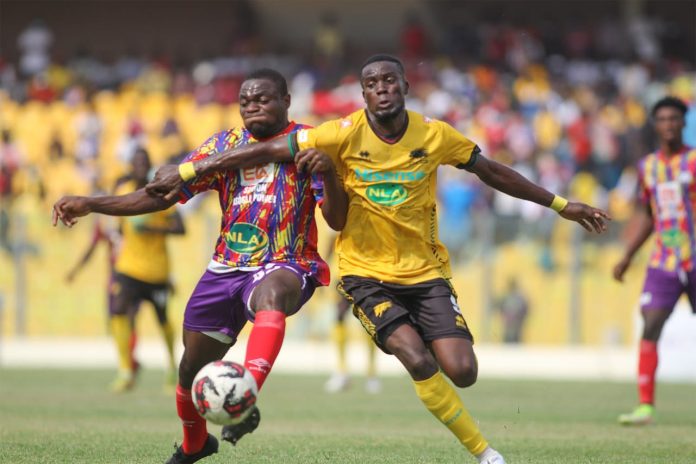 The former Cape Coast Mysterious Ebusua Dwarfs FC captain had a great game against the Kumasi-based club in his first Super Clash in Hearts of Oak SC colours.

He was very resolute at the back and offered so much attacking threat to the Red and Whites outfit any time he was on the ball for the Phobians.

Korsah had to deal with both Georges Rodríguez Mfegue and Dickson Afoakwa and didn’t give anything away as he stopped every thrown at him in the highly competitive game.

This is his second game for Accra Hearts of Oak SC and has won his first Man-Of-The-Match of the season.