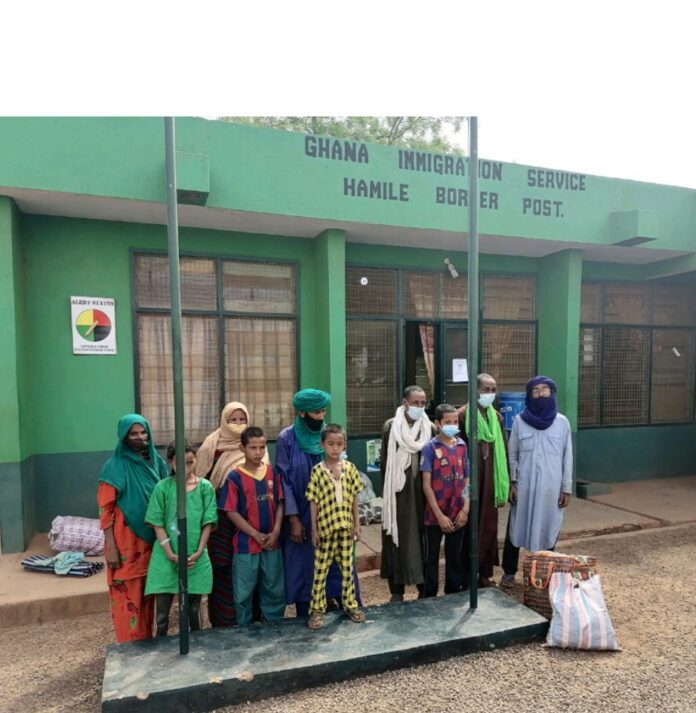 Ghanaian authorities confirmed on Sunday that twelve Nigeriens were arrested for attempting to sneak into the country through unapproved routes.

The Ghana Immigration Service (GIS) said the ECOWAS nationals were picked up in the Hamile township in the Upper West Region to proceed to Kumasi in the Ashanti Region and the Eastern Regional capital Koforidua.

“Our preliminary investigations revealed that the immigrants were herdsmen heading to the Southern part of Ghana to ply their trade”, said Assistant Inspector Ibn Yussif Duranah Abdul-Mumin Seidu, the Public Relations Officer of the GIS in the Upper West Region.

In all, seven adults and five minors were held. Their ages ranged between six(6) and fifty(50) years, officials said.

Authorities in Burkina Faso, Ghana’s next door neighbour to the North have facilitated the redirection of the undocumented immigrants back to their home country.

It comes after some sixteen ECOWAS nationals were arrested on Saturday, January 30 for entering Ghana illegally.

The country’s land borders are still closed to avoid further spread of the COVID-19 pandemic.

“Aside the President’s directive on the land border closure, it is operational function of the Ghana Immigration Service to combat undocumented or prohibited migration to and from Ghana”, the Service concluded.