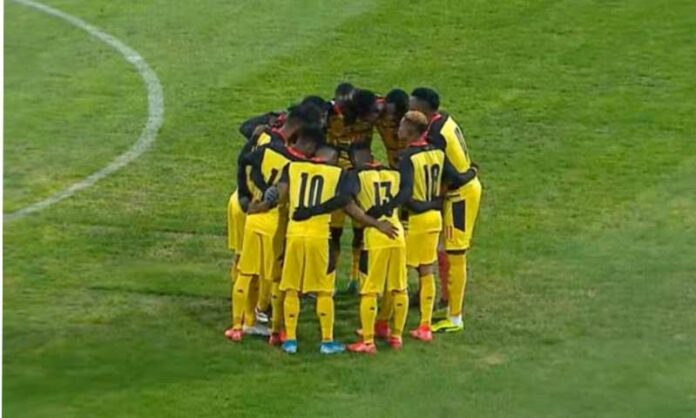 Black Stars B succumbed to a narrow defeat against Uzbekistan in a friendly on Friday evening at the Markaziy Stadium, Kosonsoy, Uzbekistan.

The White Wolves struck first very early in the game to take the lead distabilise the Ghanaians after just four minutes of action played with a beautifully curled strike by Otabek Shukurov.

The Uzbeks were the better side right from the blast of the referee’s whistle in the first half and could have been up by more goals at the break but missed the good opportunities and glaring chances.

Ghana returned from the break with a more purposeful play than what they expected exhibited in the first 45 minutes with some impressive football on display.

CAF U-20 Championship winner and Most Valuable Player Abdul Fatawu Issahaku scored a scorcher of a free-kick to level matters for the Black Stars.

Ghana could not equalize and suffered a 2-1 defeat at the end of the match.