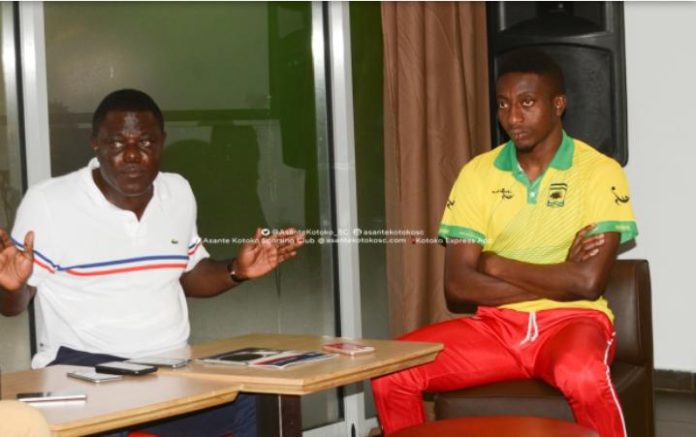 Not much has gone Asante Kotoko’s way this season — aside, well, five wins from 11 Ghana Premier League games.

On the pitch and off it, Kotoko’s path to their targets has been strewn with hurdles they’ve struggled to surmount, triggering a fiery response from Dr. Kwame Kyei, the club’s Executive Chairman. It came not long after the Porcupine Warriors had been stunned and kicked out of the MTN FA Cup Round of 64 by lower-tier Asokwa Deportivo.

“I don’t care [about] dissolving the entire team. I can dissolve the whole team, sack all of you and start afresh. I don’t mind. This club is not a useless club. It is a team with history. This stupid and village attitude is the reason you cannot play in Europe,” Kyei addressed the team in fury, according to a transcription of the audio by Sportsworldghana.

And that, really, might just qualify as the mildest part of the tirade, if you’ve heard the other bits — which, of course, is only because the whole thing leaked. Unsurprisingly, that isn’t a development Kotoko’s hierarchy is pleased with — given that this was intended to be a private reprimand, albeit of the sternest sort — and Kennedy Boakye Ansah, Kotoko’s Public Relations Officer, has stated as much.

“The leaked audio is something that we must condemn. Meeting with our chairman to see how best we can come out from our woes was confidential, so for someone to record what transpired in our meeting is uncalled for,” Ansah fumed in an interview.

“I don’t even know the motive behind the recording of our meeting [for onward release] to the media. Whoever did that must bow down his head in shame. It does not augur well for the team . . .,” he said.

From Ansah’s words, you could almost feel embarrassment, mixed with anger, dripping. When all of it settles, however, Kotoko might realize, in hindsight, that the leak wasn’t all about bad vibes. For Kyei — whose emotional rant is heard throughout the audio — this could only be positive, as fans of the club now get to appreciate just how disturbed the ‘man at the top’ is by these recent struggles, dispelling popular belief that the entrepreneur is all about pumping money into the team with little regard for output.

Even for the playing and technical personnel — proud recipients of Kyei’s earful — there could be something, in the long run, to smile about. Results haven’t been forthcoming of late, with the shock FA Cup exit sticking out as the lowest point and the general misbehavior in Dormaa Ahenkro last week still a fresh blot. Getting it from the club’s boss was hard enough, but the public audience that Kyei’s scolding has now received adds to the sheer intensity and represents the ultimate chastening — nothing less than they deserve, really, even if a little harsh.

But it’s just the sort of thing that provokes a reaction — the very effect Kyei and Kotoko’s supporters seek, I believe — and, hopefully, the players would earnestly set about redeeming themselves. Friday’s league game against Bechem United in Accra, Kotoko’s adopted home, should give an indication of how deeply the utterly humbling message has sunk.

Oh, and about the fellow responsible for the leak . . . well, if ever they are found, Kotoko might need a gift in hand to offer them for ‘inadvertently’ turning a bad season around.