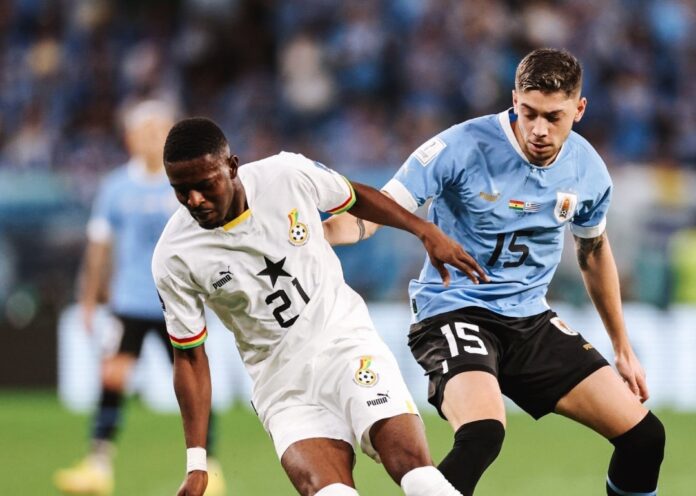 Ghana’s holding midfielder Salis Abdul Samed has expressed his disappointment after Black Stars suffered a 2-0 defeat to Uruguay on Friday evening at the Al Janoub Stadium in Al Wakrah.

The France-based box-to-box midfielder who gave his all for the Black Stars team at the 2022 FIFA World Cup tournament in Qatar couldn’t hold up his head high following Ghana’s exit.

According to him, he’s very sad about the fact that the Black Stars team could not progress from the Group stages to the next stage of the 2022 FIFA World Cup.

Nonetheless, the midfielder has promised Ghanaians that this would be a learning curve for the Black Stars team for future tournaments.

“Very sad not to go further.But we will learn from this” he wrote on social media after the game against Uruguay on December 2 at the Al Janoub Stadium in Al Wakrah.

He plays his club football for Racing Club de Lens in the French Ligue 1 and is among the top five midfielders in the top-flight league in France.

You’re messing with the economy, I’ll clean it up – Mahama...