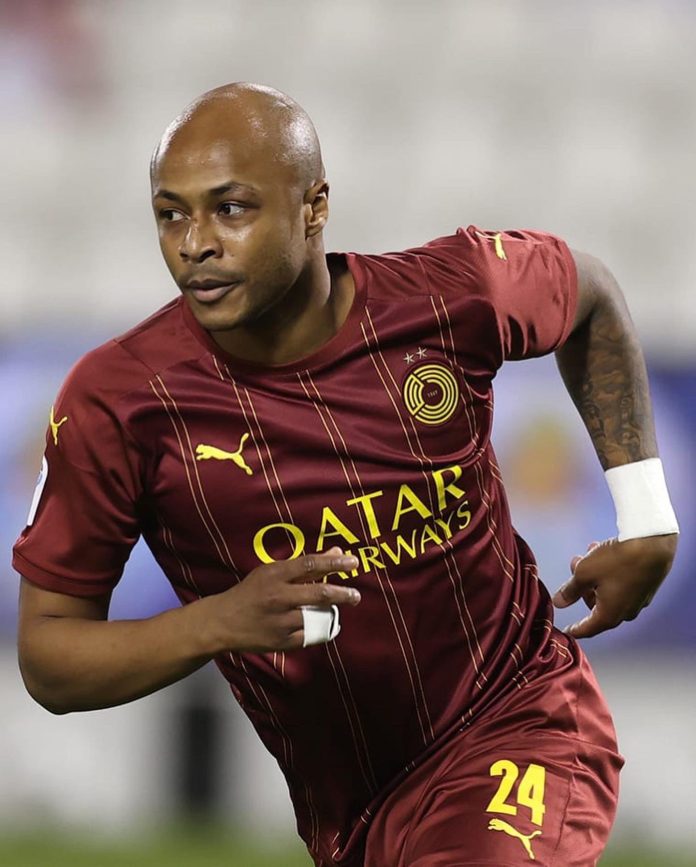 Andre Ayew grabbed his 15th goal of the season in the Qatar Stars League this campaign in Al Sadd SC 4-2 away win on Tuesday evening over Al Khor SC.

The Ghana captain grabbed the fourth goal for his team as they beat their opponents to grab 18th win of the season out of 20 matches with two games to.

The visitors had a 1-0 lead in the opening 45 minutes of the match but Boualem Khoukhi’s own goal canceled the lead two minutes into the second half.

Santi Cazorla and Akram Afif scored within a space of 60 seconds to give the Qatar Champions a healthy two-goal lead.

Ayew scored a magnificent individual goal after 79 minutes to make it 4-1 to the away team before to host grabbed another goal to make it 4-2 to Al Sadd.

The 33-year-old Ghana captain has 15 goals in 18 matches in the Qatar top-flight since joining from Swansea City AFC.