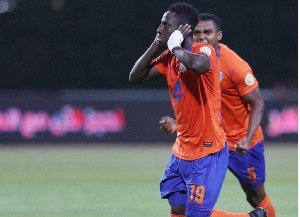 The Ghanaian youngster assisted in his side’s 5-0 drubbing of Al Drae in the Saudi Arabia Kings Cup.

Owusu was on target in the second half of the match to make it a goal and assist in the game.

The Ghanaian was again involved in a goal when his effort was initially saved by the opposing goalkeeper before deflecting of a defender into the empty net.

Al Fayha progressed to the next stage of the cup competition with a resounding 5-0 victory over AL Drae.

Coup Plot: Supt Toobu has not been invited, not on BNI...

AFCON 2019: How Andre Ayew made history with his opener against...

Date and Venue for the Funeral of Referee Lokko Confirmed