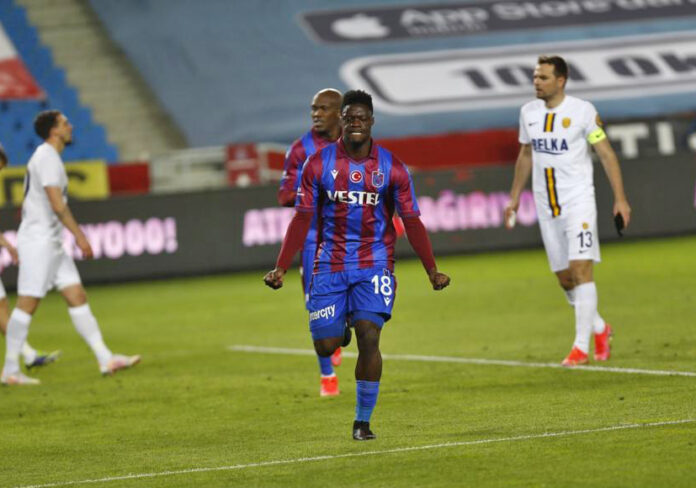 The former Leeds United man enjoyed full throttle for his team as they brush aside Ankaragucu with an emphatic 4-1 win at home to consolidate their position on the league table.

Ekuban grabbed the opening goal of the match to put the hosts 1-0 up early in the game when his eighth minute strike from the center of the box found the back of the net to break his nine games streak without a goal.

Shortly after the visitors had drawn level on the 26th minute mark through a spot kick which was powerfully powered in by Ibrahim Akdag, the Ghanaian forward restored the home team’s one goal lead on the 28th minute mark.

In-form striker, Djaniny made it 3-0 to Trabzonspor on the half hour mark with the first half of the match ending 3-1 in Ekuban’s team favour.

Just before the final whistle blown, Edgar Le made it a resounding win for the Mauve and Blues who walloped Ankaragucu to move to just three points behind third placed team Fenerbahce.