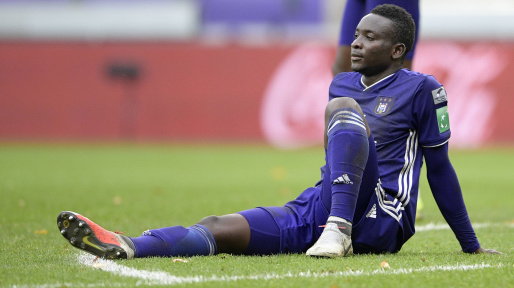 The Ghana international scored a beautiful goal on the 21st minutes of the match when his side were down by a goal after receiving a through pass and run past two defenders to provide a sublime finish to level matters for the Mauves.

The 22-year-old scored a hat-trick for the Mauves U-21 team and followed it up with a beautiful strike to help his side secure a hard earned draw on Friday.

After his loan spell last season in Denmark, Dauda is eager to prove his mettle to gain more playing time in Vincent Kompany’s team this season.

The former Asante Kotoko striker could be playing in the Champions League for the first time should he manage to break into the first team of Anderlecht this season.