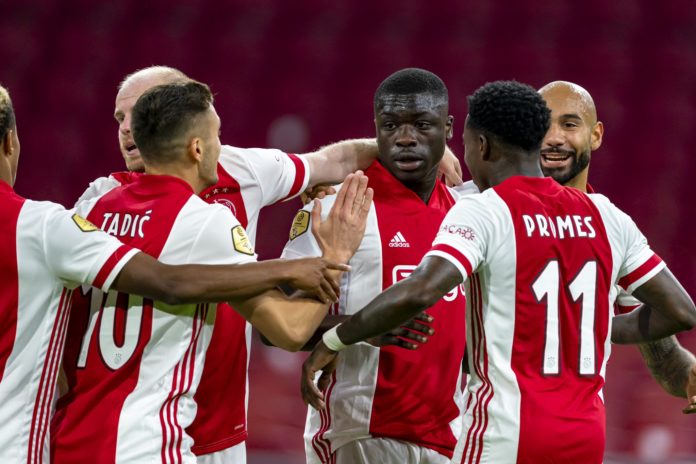 The 18-year-old bulky attacker climbed off the bench to score his first senior goal for the Champions League side as they demolished Fortuna Sittard 5-2 at the Johan Cruyff Arena.

Former Werder Bremen man Davy Klaassen scored a first half brace to cancel out George Cox’s early goal to send the host into the break ahead with a 2-1 score line.

Brobbey, after his introduction to the game in the 66th minutes, netted from close range eight minutes later to stretch Ajax lead to two on the 74th minute.

Dusan Tadic and Quincy Promes scored from the spot on the 86th and 95th minutes respectively before Cox scored again for the visitors to make the final score 5-2 to Ajax.

Brobbey has one goal in his first senior appearance in the Dutch Eredivisie for the Netherlands giants after banging in five for the Reserve side in the Eerste Divisie this campaign.

ROLLING STONE: How Long Would Fabin Be At Aduana?