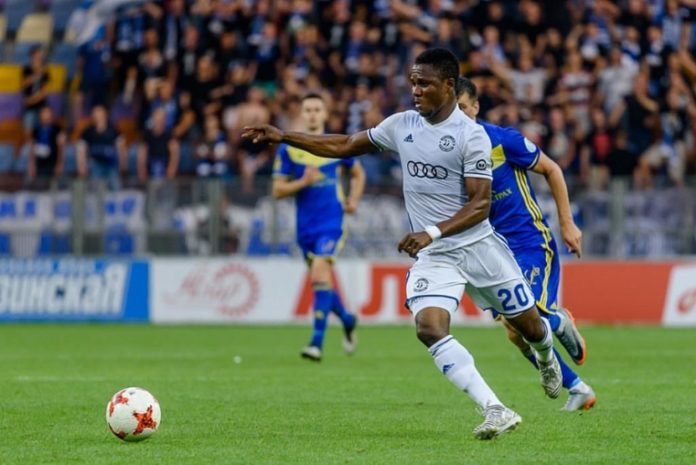 Black Meteors attacker, Joel Fameyeh was on the score sheet once again for FC Orenburg in the Russian National Football League on Sunday against Torpedo Moscow.

The predator finisher scored in the 78th of the match when his side was down by a goal to spur them to victory to maintain their lead at the top of the league.

The host drew first blood through Iliya Berkovskiy’s 46th minutes strike after a goalless first half.

The former Asokwa Deportivo SC forward was the quickest to react to a loose ball in the 18-yard box to draw the Blue and Whites level.

Andrea Chukanov grabbed the all important winning goal for the Russian second tier leaders at the end of the match with a 90th minutes strike to complete the comeback as the visited rallied from a goal down to snatch a 2-1 win on the road.

The 23-year-old Ghanaian international forward has banged in four goals in nine games for Orenburg this season.