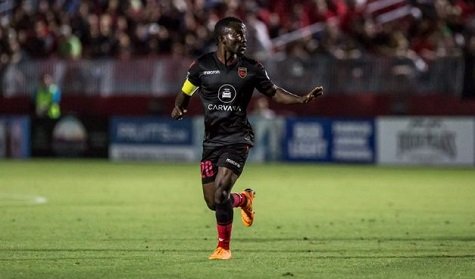 Ghana winger Solomon Asante was on target for Phoenix Rising Stars in their 3-1 comeback win over El Paso Locomotive.

Josue Gomez scored the game’s opening goal in the first quarter of the match before Rufat Dadashov equalized four minutes later from the spot to make it all square.

Asante gave the host a 2-1 lead on the 36-minute of the match with a thunderous finish inside the goal area after he was perfectly set up by striker Rufat Dadashov.

The host pressured the visitors and got their third and decisive goal on the stroke of half time when Junior Flemmings powered home to make the score 3-1 before the break.

Both sides could not prove to be efficient upfront in the second half as no goal was recorded and the game ended 3-1 to Phoenix Rising Stars.

The Ghana international has played all five games in the USL Championship this season for his team and has scored four goals with three assists to his account.