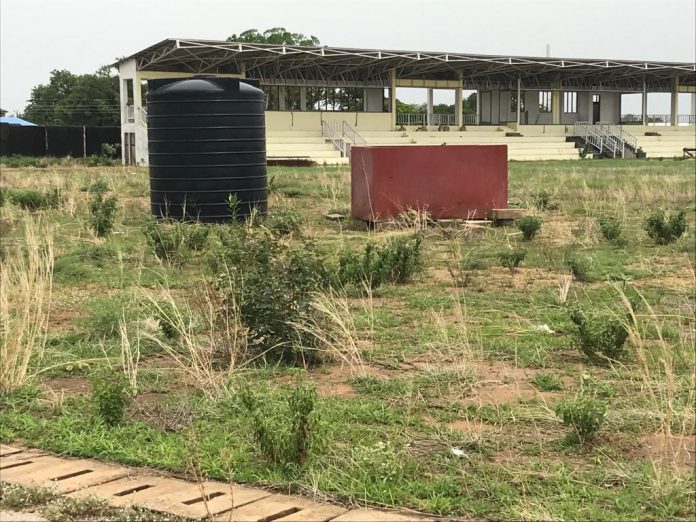 Some irate youth of Navrongo in the Kassena-Nankana Municipality have called on President Akufo-addo to complete the stalled Navrongo sports stadium project in the Upper East Region.

The irate youth were fraustrated about how the project has abandoned for over two years now.

According to them,the absence of the much-talked-about project was affecting sports development in the municipality and region.

Akwata Yaminu Stanislav, one of the conveners delivering their petition, said the government’s inability to complete the project amounted to depriving the people of Navrongo fair share of development projects.

He said, “At the sod-cutting ceremony in July 2018, we were categorically told the project will be completed in nine months. In fact, the contractor promised to finish it in 8 months and hand it over to us as a valentine’s gift. To wit, the project in normalcy should have been completed in 2019 even if it would have had some delays.

“We waited in 2019, waited in 2020 and waited in 2021 we still have no stadium of our own. There exists no completed football pitch worth of mention in the whole region.

“We do have talents in Navrongo and the Upper East at large but the no-stadium situation or worthy football pitch is derailing our efforts. Currently, there are no stadia in the region qualified for the Ghana Division One league football. Any team that qualifies from the Upper East Region have to choose between Tamale or Wa to play their home matches.

”The Navrongo sports stadium which comes with a youth resource centre is one of its kind in the region and one of ten similar projects being built in other parts of the country.

The project began in 2018 but has since stalled due to payment infractions between the government and the contractor.