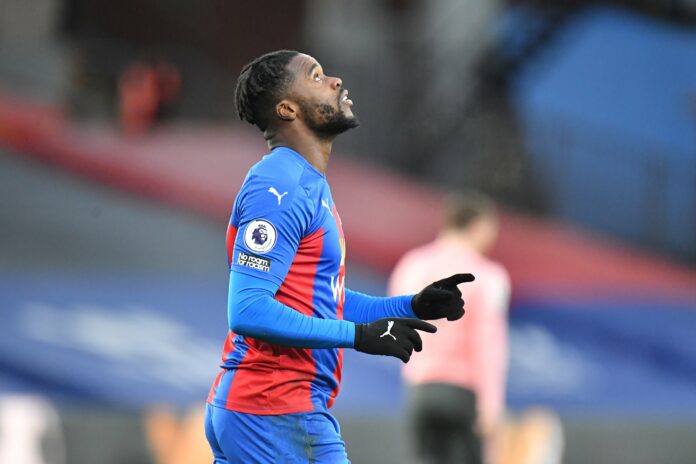 Ghanaian international midfielder, Jeffrey Schlupp was on target for Crystal Palace in their 2-0 home win over Sheffield United at the Selhurst Park on Saturday afternoon.

Schlupp netted the opening goal of the match to put Palace in front very early in the game after a blistering run by Wilfred Zaha from the left whose cut back pass to Christian Benteke was put on the plate for the Ghanaian to found the back of the net with his right footed effort on the fourth minute to hand the hosts a perfect start to the match.

The Ghanaian versatile player was taken off after forty minutes of action when he was hit with a supposed angle sprain injury which stopped him from continuing to play in the game.

Unfortunately for the Ghanaian, he was taken off with five minutes left to play for in the first half and was replaced by youngster Eberechi Eze on the 40th minute mark.

The player of Nigerian descent, Eze scored a wonderful individual goal to put the hosts 2-0 before the break.

The game is ongoing and the extent of Schlupp’s injury is unknown but would be reported as soon as his team gives an update on his injury situation.

The game finished 2 – 0 to the Eagles who moved two points and two places above Arsenal to twelve position on the league table.

Schlupp has two goals and an assist in fourteen matches this season in the Premiership.

I miss Ghana and want the Black Stars job back –...