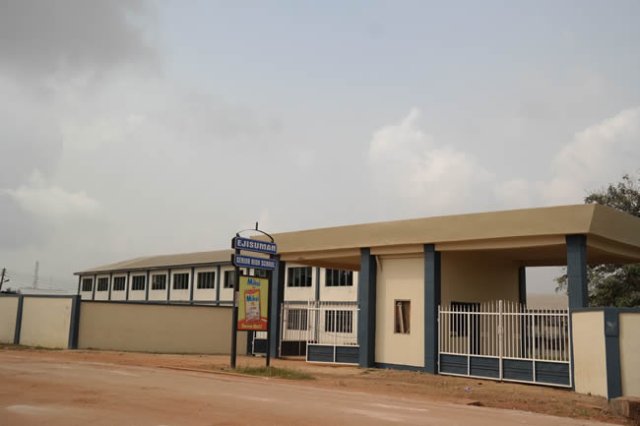 Civil Society Groups in Ghana are urging the country’s education sector to reconsider the use of withdrawal of students from boarding facilities as a form of punishment for deviant behaviour.

Education think-tank, Africa Education Watch is of the view that such punishment only exposes the erring students to further delinquency and harm from society.

It follows a similar action taken against seven students of Ejisuman Senior High School over a viral video in which they were captured making sexually suggestive comments.

The think-tank in a statement on Monday said such punishment only exposes the erring students to further delinquency and harm from society.

“Punishing girls by sacking them from boarding school only place them in hostels without any parental or school control. This exposes them to further delinquency and harm from society,” the statement said.

The think-tank further called for a revision of the punishment against the seven girls.

The Ejisuman SHS female students who were slapped with the punishment over the weekend were earlier seen in a viral social media video making comments that border on sex.

The school, in suspending the students said they were being disciplined for the use of unauthorized gadgets, — mobile phones – to dent the image of the school.

The management of the school also said its decision was also because the students intentionally uploaded the video where “unprintable words that border on sex were spewed out” especially at a time where the school was recovering from another scandal in 2017.

“Our attention has been drawn to a letter from the management of Ejisuman SHS indicating the expelling of seven (7) of its female students from boarding school for social media misconduct. We note that, in as much as it is important to sanction students when they breach the rules of conduct in school as a way of instilling discipline and deterring others, the GES must not lose sight of the fact that, most of these decisions may be arbitrary, archaic and contradictory.”

Read the statement below:

Ghanaian children have the right to education duly captured in law. At the continental level, the Right to Education is enshrined in Article 17 of the African Charter of Human and Peoples Rights which states that “every individual shall have the right to education”, cascading to Article 32 of the 1992 Ghanaian Constitution, the Education Act (Act 778) and the Children’s Act, (Act 560).

The GES has a mandate to groom students to become literates, numerates and responsible adults. In fulfilling this mandate, secondary schools have the responsibility to teach, mentor and discipline students when they break school rules. It is heart-warming that the GES now has a positive discipline policy. However, the use of de-boardinization as a tool for positive discipline has far outlived its relevance. Since the 1990’s, it has ended up making students even more truant than reform-ing them.

According to section 2 of Ghana’s Children Act, ‘…the best the interest of the child shall be the primary consideration by any court, person, institution or other body in any matter concerned with a child.

Punishing girls by sacking them from boarding school only place them in hostels without any parental or school control. This exposes them to further delinquency and harm from society. A positive discipline strategy must reform offending students rather than expose them to even higher levels of delinquency and truancy.

It is time the GES takes a second look at de-boardinization as a form of punishment for barding students and adopt progressive sanctions that actually reform of-fending students. Lets not throw the baby away with the bathwater. The Ejisuman SHS action and many other similar previous actions need revision.

We call for public discourse by all stakeholders, especially Parent Teacher Association and the media on this matter.

Ghana targets 100,000 youth to volunteer over next five years