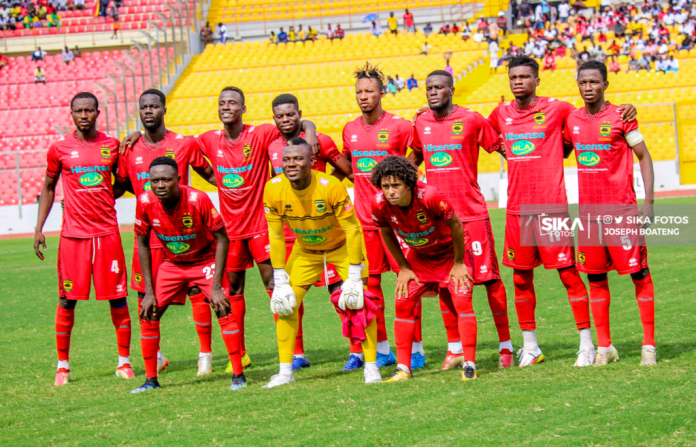 The got the better of the Academy Boys for the first time in the Ghana Premier League at the Red Bull Arena in Sogakope on Saturday afternoon.

Kotoko were without most of their key players this season due to injury and suspensions and paraded some new faces for the match.

The first half of the match ended goalless and rightly so due to the lack of creation of chances by both teams.

A through pass from centre back Apau found the Prolific striker Franck Thierry Mbella Etouga who rounded the WAFA goalkeeper to slot home calmly in the 63rd minute to give the Porcupine Warriors the lead.

The Cameroonian has 18 goals this season and it proved to be important as the game ended 1-0 in favour of Kotoko.

Kotoko are now on 55 points in have opened a 10 points lead over second placed team Bechem United who will play at the Baba Yara Sports Stadium in Kumasi tomorrow against King Faisal.

On the other hand, WAFA remains in the relegation on 17th with 26 points.

Suspect driver in custody after accident kills 12 in Central Region