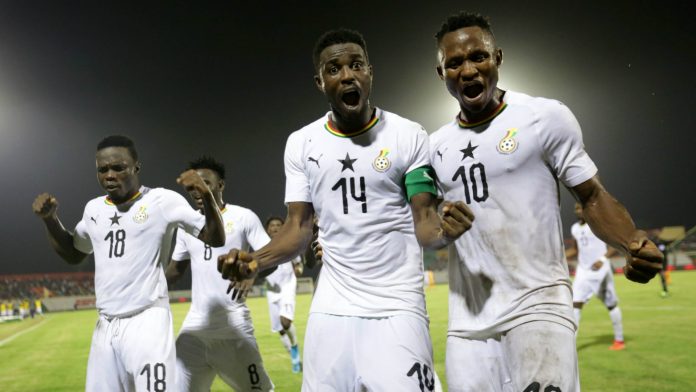 Ah, finally — a silver lining on the horizon!

For a fact, there hasn’t been much to celebrate in Ghana football ever since the Kwesi Nyantakyi-led FA administration was scythed by 2018’s corruption exposé, with Ghanaian sides hardly recording any successes of note in international competitions.

From Asante Kotoko and Aduana Stars suffering exits in CAF Confederation Cup campaigns, to Kotoko and regional cousins Ashantigold falling early in their latest African adventures, our clubs haven’t fared too well. Then there are the national teams’ well-documented misfortunes: the Black Queens underwhelming when Ghana hosted the 2018 Africa Women’s Cup of Nations and in the recent Olympics qualifiers, the Black Stars doing little better at their own continental championship earlier this year, and youth sides stumbling all over the place.

Sure, the national U-23 team, the Black Meteors, is still on track to make an appearance at Tokyo 2020 — hopefully ending a 16-year absence — but that dream is still some steps away from being fulfilled. Much closer to securing a prize that brightens the Ghanaian game’s gloomy mood is the Black Stars B, on the brink of WAFU Cup of Nations glory.

Incidentally, the team — drawn exclusively from the home-based pool of talent — was the second-to-last to win silverware for the country before the sudden shake-up that forced a hard reset on Ghana football. That came almost this time two years ago, when Ghana – at home — won the trophy a second time following the tournament’s 2011 revival.

The squad looks very different now, with old faces replaced by new, but it’s still Maxwell Konadu — in his crisp and colorful African print shirts, seeking a third title — at the helm. Ghana outdid Gambia and Burkina Faso, via the narrow differences of a Joseph Esso goal and a penalty shootout respectively, to set up a semi-final date with neighbors Ivory Coast where Ashgold striker and skipper Shafiu Mumuni put on a show, netting three times to give the Stars a win that, at least on the scoreboard, looked quite comfortable.

Next up, though, is Senegal, the ongoing edition’s hosts and a team Ghana has history with. The latter’s 2013 WAFU Cup triumph, also achieved on home soil, saw the Lions of Teranga beaten 3-1 in the final, furnishing the upcoming showdown with an exciting revenge-or-repeat theme.

Serigne Saliou Dia’s Senegal has had a relatively easier ride, beating Guinea-Bissau and Mali by two-goal margins, and holding off Benin between those two results, en route to Sunday’s decider in Thiès against a Ghana side that — even in their best outing thus far, versus the Ivorians — played “badly,” per head coach Konadu’s own admission.

Finals, though, aren’t always won by the team that plays best, and Konadu has expressed delight at the fact that his men have begun “to do the most important thing” — scoring — and, coupled with “a winning mentality” that the former Kotoko trainer claims to have instilled, that should steer the Stars to a climax which returns some much-needed positivity and hope to their countrymen.

Be it a goal or more — or even another shootout — that gets Ghana over the line, the Stars must find a way; a way to securing the nation’s first significant post-Nyantakyi peak, even as a new era dawns.