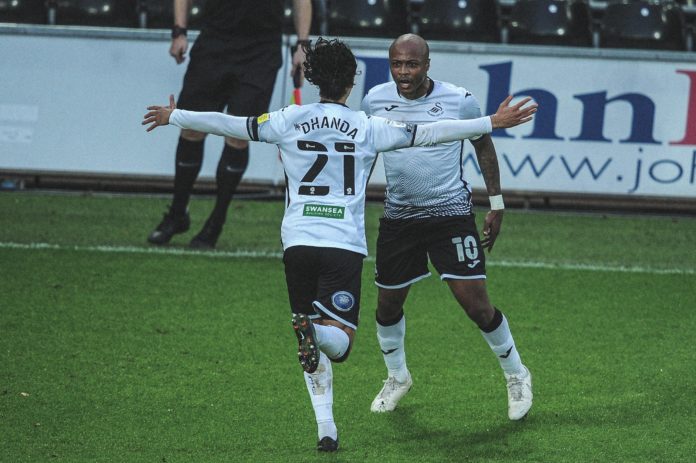 Black Stars captain Andre Ayew was on target for Swansea City against Blackburn Rovers on Saturday in the English Championship.

The 31-year-old grabbed his fourth league goal in the championship this campaign for the Jack Army’s in their 2-0 home win.

Ben Cabango scored his team’s first goal in the first half after 20 minutes to put Swansea ahead at the Liberty stadium before the break.

Just a minute after the our mark, Ayew rose highest to meet Yan Dhanda’s cross to head home Swansea City’s second goal of the match.

Swansea City won the match 2-0 at home to go second on the league log with 18 points from nine matches.

The Ghanaian has has four goals this season in nine games with one assist.

Frema Osei-Opare deserves to be retained as Chief of Staff –