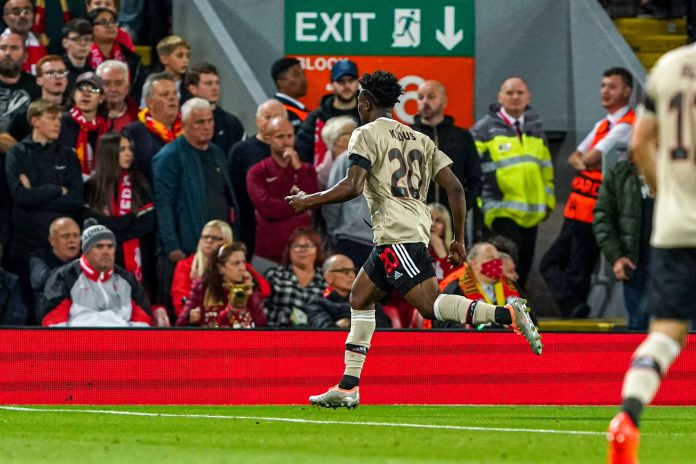 Ghanaian star midfielder Mohammed Kudus scored again for AFC Ajax Amsterdam on Tuesday evening at Anfield in the second round of games in the 2022-23 UEFA Champions League competition.

The Ghanaian midfielder who has been used as a makeshift striker this season has been in a fine form in the past four games in all competitions.

He scored on the 27th minute mark with a sumptuous left-footed strike from the center of the box into the top left corner with a thunderous strike.

Mohamed Salah, the Egyptian super star had scored the opening goal of the match to put the hosts 1-0 up early in the game before Kudus grabbed the equalizer for the away team.

He was very good throughout the game against the team he suffered a horrible injury playing against them in October 2020 in his first ever UEFA Champions League game.

His goal would have served to him as a sweet revenge against the struggling Premier League giant, Liverpool FC, but Joel Matip scored a late winner for the Reds.

The Ghanaian has two goals and one assist in two UEFA Champions League games this season.