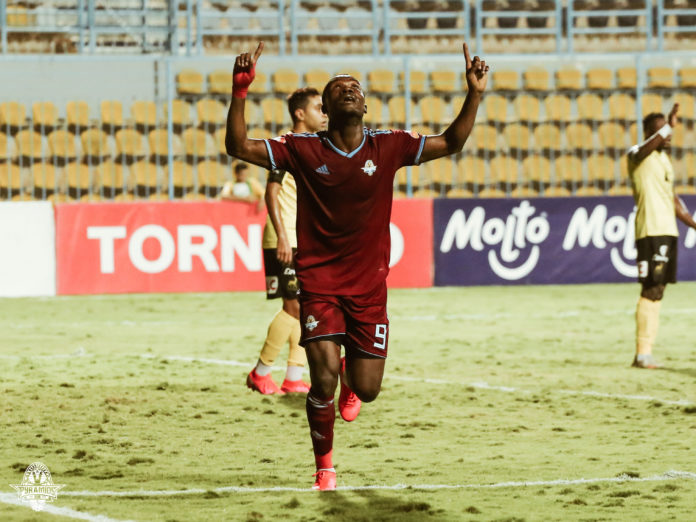 Ghanaian forward, John Antwi scored a brace for Pyramids FC in their 2-0 away win at Wadi Degla FC on Wednesday night.

The Ghanaian forward, Antwi was adjudged Man-Of-The-Match in Pyramids FC away win in the Egyptian top-flight after a brilliant display.

The former XI Wise attacker netted a superb header on the 60th minutes mark before converting a spot kick four minutes later for his team as they beat their opponents by 2-0 on the road.

There were no more goals in the game after Antwi’s brace as Pyramids moved 3rd to close the gap between them and second placed team El Zamalek to four with three games left to complete the prolonged season due to the outbreak of coronavirus pandemic.

The Ghanaian striker played the entire 90 minutes and was rewarded with the MVP award after a flawless display in his team’s victory.

Antwi has 74 Egypt Premier League goals and 112 goals in total since his debut in Ismaily colours in 2015.

Antwi has six goals, three assists in 25 games this campaign in the Egyptian Premier League to his credit.