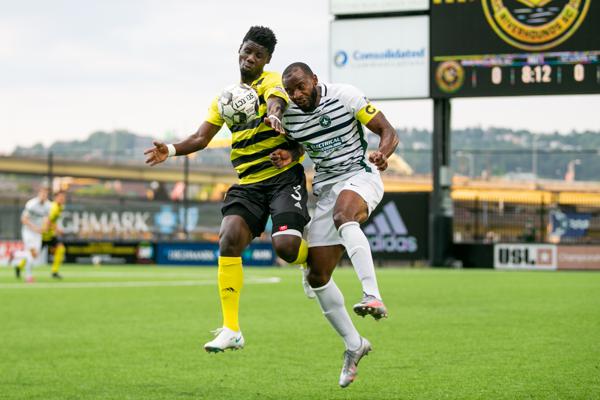 Ghanaian striker Ropapa Mensah was on the scoresheet for Pittsburgh Riverhounds in their 2-2 Saint Louis FC.

The former Inter Allies hitman opened the scoring in the first half after just 16 minutes of action to put the host ahead in the game.

Robbie Mertz made it two to the home team five minutes to the end of the first half before Kyle Greig’s 45th minutes consolation to make it 2-1 before the break.

The visitors struck back on the verge of half time before they scored 12 minutes from recess and snatched a point after going behind early in the match as it finished 2-2.

The Ghana International striker lasted 86 minutes on the field and was taken of going into the closing stages of the match.