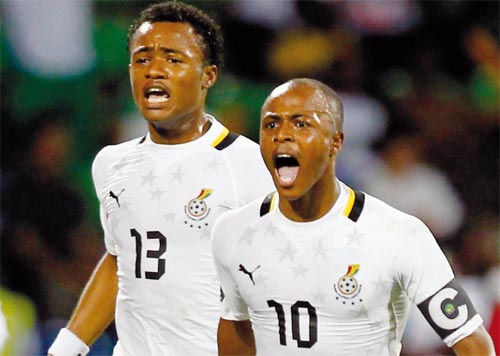 He says the pair has enormous experience in the Ghana team that could prove very worthy for the Black Stars at the 2022 FIFA Mundial in Qatar later this month.

Though, the Ghana legend believes that the Ayew Brothers are not on the same level as they used to be, he believes their longevity at the senior national team can’t be washed away.

“The Ayew brothers are not the way they used to be, they have declined in performance, to be honest, their performance is below belt”

“Andre is the captain, so I expect him to improve on his performance likewise his brother, Jordan.”

Ghana is making a return to the World Cup after missing out in Russia 2018, where France won the prestigious trophy.

The FIFA World Cup tournament in Qatar starts on November 20 with Ghana playing their first game against Portugal on 24 November and November 28 against South Korea before the last game against Uruguay on December 2.

Andre Ayew will be playing at his third world cup tournament with Jordan making his second appearance at the FIFA Mundial after playing in Brazil in 2014.

My government’s record in agriculture is impressive – Akufo-Addo