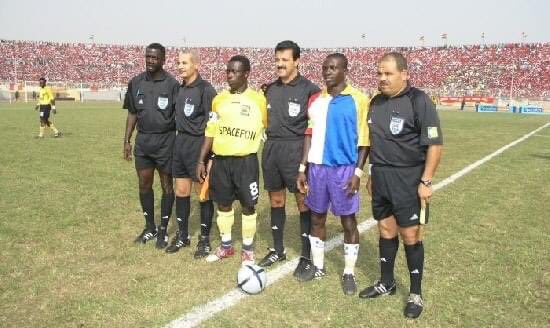 Former Asante Kotoko midfielder Yusif Chibsah has blamed the club for their defeat to Hearts of Oak in 2004 in the Confederation Cup.

According to the football agent, the technical team of the club then cost their painful defeat to arch-rivals Accra Hearts of Oak in the maiden edition of the continental championship.

“Our technical team cost us our lost to Hearts in the 2004 CAF Confederation Cup in January 2005”, he said on GTV Sports Plus.

Chibsah, who was a pivotal midfielder in the Kotoko team further explained why the team’s defeat was caused by the coaching staff.

“At the time our bench effected our substitutions we were on top and didn’t need a change of personnel and I strongly believe that caused us the trophy”, he added.

Kumasi Asante Kotoko lost the prestigious trophy to Accra Hearts of Oak 7-8 on penalties after a 2-2 aggregate score.

Hearts of Oak became the first club to lift the trophy after its introduction.

AFCON 2019: Why Ghana Is Stuck On Four Titles