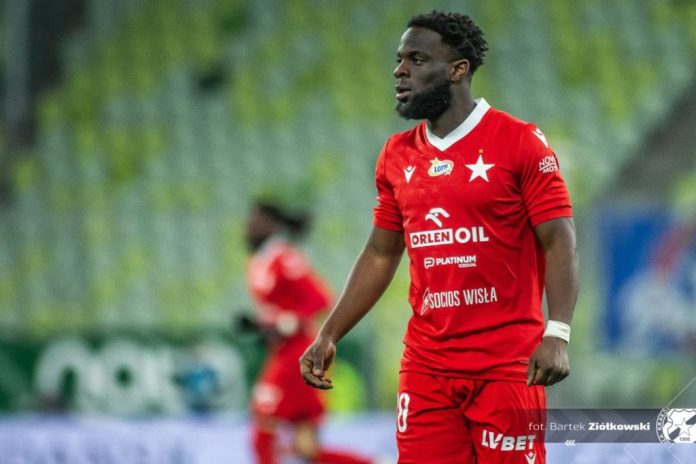 Dutch-born Ghanaian forward Elvis Manu has revealed his preparedness and willingness to play for the Black Stars of Ghana in the near future.

According to the former FC Ludogorets Razgrad player he’s been looking forward to playing for Ghana for a while now since Ghana’s former coach Charles Kwablah Akonnor approached him.

He said the topic about him donning the Ghana Black Stars jersey to play for Ghana came about five to six years ago.

The former Feyenoord striker said the former Ghana coach wanted to hand him a debut Ghana call-up but was later sacked as the head coach.

“The topic started five or six years ago, but I have been seriously involved in this matter for two years.”

“Yes. The manager at the time wanted to appoint me, but my papers weren’t ready at that time”, he told the press.

“I took up the procedure (to switch nationality), but the selector changed in the meantime.

According to him, he’s ready to and hopes to play for Ghana soon.

“We’ll see what the future holds. Hope to play for Ghana soon”, he concluded.

The 29-year-old Ghanaian recently joined Poland top-flight side Wisla Krakow and cost his team defeat in their last game by committing a foul inside the box which resulted in a penalty kick.