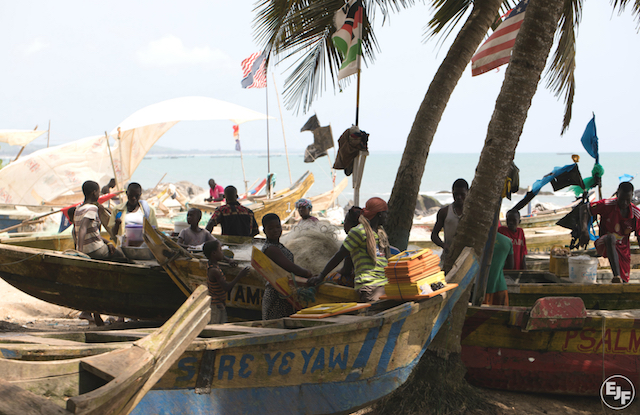 The presidential candidate of the National Democratic Congress (NDC), Mr John Mahama, has said he will fix the challenges of premix fuel shortages by supplying it directly to fishers.

According to him, the “middle men” created by President Akufo-Addo in the supply chain of premix fuel frustrate fishermen, adding he will remove them to ensure direct supply to fishers at the various landing beaches.

Mr Mahama gave the assurance when he addressed various meetings with chiefs, organised groups and members and supporters of the NDC at Old Chantan, Bomoden, Damanko, Siibi and Kpassa as part of his three-day tour of the Oti Region which ended on Monday. He said a new NDC government will facilitate the acquisition and supply of fishing inputs such as outboard motors and fishing nets on credit to fishers.

This, he said, will ease the financial burden on fishers and enable them to work in peace.

On agriculture, Mr Mahama announced the setting up of farmers mechanisation centers across all districts to facilitate the work of farmers.

“So, if you are a farmer and you want to weed your farm, you will go the farmers service centre and the machine will come and weed for you. The farmer will only pay for the cost of the service after harvesting is over and the produce has been marketed”, he explained.

Mr Mahama noted the general hardship in the country due to the mismanagement of the economy by the Akufo-Addo government, adding the next NDC government will work hard to provide jobs and reduce the high cost of living in the country.

‘You can’t stop it’ – Mahama to legalise ‘Okada’ business