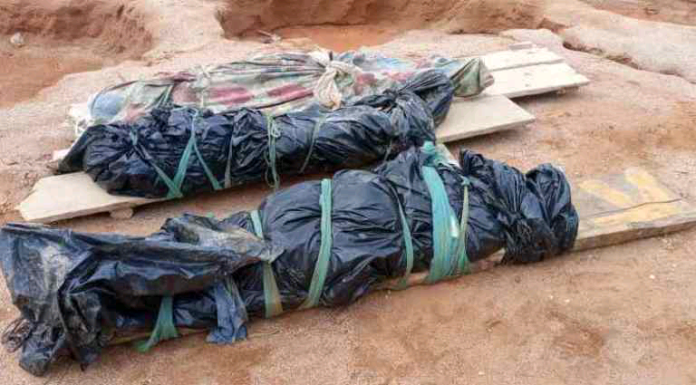 At least ten people have been confirmed dead after an illegal mining pit caved in on them in Prestea-Huni Valley in the Western Region on Thursday (25 November) .

Four others are currently receiving medical attention at the Prestea-Huni Valley Hospital after sustaining injuries in Thursday’s incident.

Coordinator of the National Disaster Management Organisation (NADMO ) in Prestea Huni Valley Francis Abeiku Yankah said the victims were engaging in illegal mining when the pit caved in.

“It is far away from where the municipal town assembly is , the residents of the community began the rescue ad were joined subsequently by the police , NADMO and BNI officials,” he said.

“It was an illegal mine, not registered, we had earlier warned them to stop them from mining, but they returned to the site three or two months later, so they went under ground to mine when the incident occured.”

At least three people have been confirmed dead after an illegal mining pit caved in on them in Bremang in the Upper Denkyira West District of the Central Region on Wednesday (26 May 2021).

Multiple media sources say the dead include two women and a man.

“At this time, we have been able to retrieve only three bodies and they have been handed over to the police,” Francis Agyapong, the assembly member for Breman, told Akoma FM.

“We pray that we can remove them on time to save them, but those we have even retrieved have already died, so we are helpless and don’t even know what to do,” Agyapong said.

Eyewitnesses say close to 15 others remained trapped in the pit as local people join a team of police and officials from the National Disaster Management Organisation (NADMO) to rescue them.

The police are yet to comment on the incident.

Ghana has recently renewed the fight against illegal mining in the country by deploying soldiers to protect water bodies.

Operation Halt II has resulted in the destruction of large quantities of mining equipment. Excavators have been burned by military personnel at galamsey sites in the Central, Eastern and Western Regions in particular.

Army chief’s concern
A high-powered military delegation, led by the Chief of Defence Staff (CDS), Vice-Admiral Seth Amoama, expressed shock at the devastation that activities by illegal small-scale miners (galamsey) have visited on the River Mempong.

The Mempong is one of the major tributaries of the River Birim in the Akim Kwabeng Traditional Area.

The Birim in turn is one of the main tributaries of the River Pra in Ghana and the country’s most important diamond-producing area, flowing through most of the width of the Eastern Region.

The river rises in the east of the Atewa Range, flows north through the gap between this range and the Kwahu Plateau, then runs roughly south-west until it joins the Pra.

Asaase News sources familiar with the visit said that members of the CDS’s delegation, which included the Chief of Army Staff, the General Officer Commanding (Southern Command) and the commanding officer of the 64th Infantry Regiment, reported at the end of their tour on 22 May that “the devastation is unimaginable”.

Delegation’s findings
Among other things, the delegation identified three problems that were very clear to members and proposed what ought to be done to address them.

First, the delegation observed, “River Mempong, one of the major tributaries of River Birim, is completely devastated and reduced to a series of isolated ponds scattered across an area of about 1.2 kilometres square.”

The water channel of the Birim, the delegation said, “has been diverted several times through mining activities, leaving in its trail a thin strip of water meandering its way through the landscape, and the environmental degradation occasioned by surface mining has completely destroyed the catchment area of this river”.

Second, the CDS and his team noticed that there is no sign of reclamation or tree planting activities in the said devastated area to revive the ecology or the landscape.

Third, the team discovered that a large number of excavators and bulldozers of various sizes had been moved from scattered mining sites and relocated in the surrounding settlements and nearby villages, either to be moved away or to be redeployed when the tempo of Operation Halt II dies down.

According to other Asaase News sources familiar with the delegation’s activities, some mining equipment thought destroyed by Operation Halt II was found at certain galamsey sites members visited. They are concerned that the equipment the military personnel are burning could be repaired by the owners so they can resume their illegal mining activities when Operation Halt II is relaxed.

Sex for Grades: UG’s decision too “harsh, misleading”, but we respect...