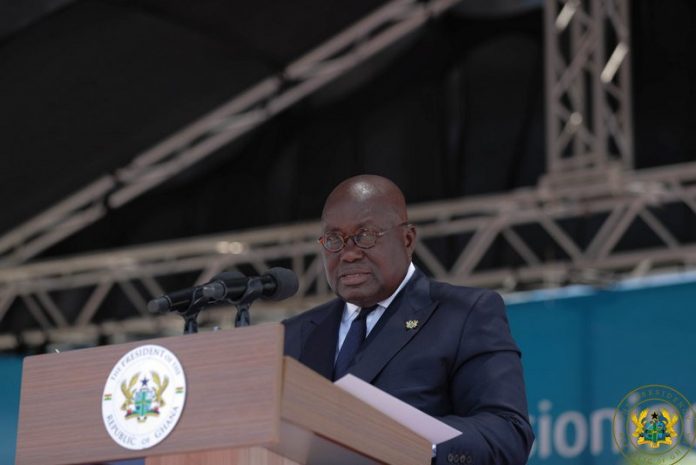 Government of Ghana says it has successfully dealt with issues of the ‘cash and carry’ system that affected the quality of healthcare delivery in the country.

At a media encounter on Friday, December 13, President Akufo-Addo said the success was chalked following the payment of a GHS 1.2 billion debt owed health service providers of the National Health Insurance Scheme (NHIS).

“We want to sustain the gains we made. It is the reason why some of the important legacies, especially the indebtedness that we have inherited, we have been able to deal with it. 1.2 billion cedis arrears on the National Health Insurance Scheme was an indebtedness of the scheme that threatened the idea of an insurance scheme and was gradually turning the scheme back to a cash and carry system. That has been arrested”, the President said.

He further remarked that: “Today, we are talking about National Health Insurance Scheme where the arrears are within 4 to 5 months. As at May this year, the indebtedness of the National Health Insurance scheme had been fully discharged. The claims of up to September are now those that are being dealt with in the system because there is always a line between the service, the claim, and the payment so there is always an inbuilt delay in settling arrears. It is not the best but there is a vast improvement of what we inherited. We want to work to make sure the scheme is pumped up”.

The NHIS has been saddled with huge debts and the development, according to the National Health Insurance Authority (NHIA) is crippling its operations.

Cash and Carry looms in Ghana’s healthcare from Dec. 16

The President’s remarks appears to be in sharp contrast with that of the Private Health Facilities Association of Ghana.

The Association says huge arrears in claims payment from the National Health Insurance Authority is crippling their operations.

Officials of these facilities have threatened to turn away subscribers who will visit their facility to seek health care come next week.

“Most recent reimbursement covered the month of February, 2019 and even that, about only 30% of the facilities have received payment leaving a huge unsettled gap of nine (9) to ten (10) months which is a flagrant contravention of the National Health Insurance ACT 852 and the L.I 1809 sections 37 and 38 respectively,” the Association’s statement signed by the Acting President Mr Samuel Boakye Donkor said.

They further stated: “With these revelations in sight, we are initiating a full scale “CASH AND CARRY” on the 16th of December, 2019 if payments outstanding from 2018 to some of our members and that of 2019 is not cleared to alleviate the intensity of our woes and distress. We know this action will most likely spark an unnecessary uproar and erode confidence in policy execution by government but we have no option.”