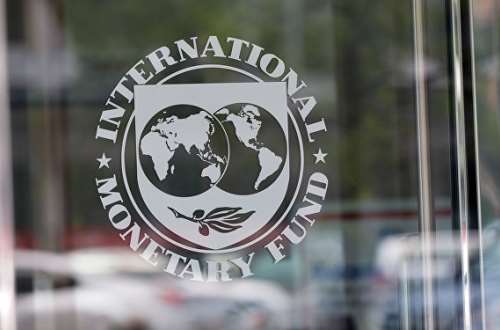 The IMF is basically a global organisation or call it association that countries join on volition. It is just like anyone joining a club/association or group to benefit from the companion support of the group in times of need or for comfort. You may want to liken it to taking insurance policy where the fortunate ones help the unfortunate from the pool of funds they have all created and contributed to. When a member turns to the group for support in times of need or difficulty such as bereavement, loss of property to flood/fire/famine or any natural disaster it does not mean the person/nation is ‘useless or irresponsible’.

In the case of the current situation of Ghana it is common knowledge that the combined effects of the global Covid-19 pandemic and Russia-Ukraine war have disrupted the global economic architecture in a somewhat irreversible fashion pushing nations such as Egypt, Kenya, and so on, to sign up to programmes such as the IMF and others. It happens to everyone. Like the Akans say, ‘daakye asem nti na yedo koto kwadu a ye gyam ho’.

IMF member countries may request financial support and policy advice. The financial support provided by the IMF helps the country with its most immediate macroeconomic challenges and the government’s economic policy programme aimed at restoring financial stability while laying the foundations for strong economic growth. The IMF provides this support in three main areas: surveillance, financial assistance and technical assistance.

Here are some frequently asked questions about IMF programmes:

No. When a country goes into some financial difficulties and plans to overcome that it will definitely have to face a period of austerity whether it approaches the IMF or not. An IMF programme rather reduces the extent of the belt-tightening needed and aims at bringing about a quicker rebound in incomes than would otherwise be the case. The fact is that the IMF’s financial support, which is normally made available at interest rates well below those that the private markets would charge, reduces the extent of the austerity and adjustment that the country would have to make otherwise.

Q2. Do IMF supported programmes call for cuts or lower spending on social intervention programmes such as Free SHS?

No. Ultimately, the IMF encourages governments in their programmes to protect the poor from the fiscal adjustment. Lack of financing and unsustainable debt burdens may constrain a government’s ability to maintain its level of spending, including social or investment spending. In this situation, IMF teams urge country authorities to curtail lower priority or non-productive spending (such as “white elephant” projects)-but to preserve priority social spending, including on health and education. The objectives are typically aimed at providing a social safety net for the poor and ensuring that investment spending boosts the economy at a critical time.

For instance, responding to the hike in food and fuel prices during the 2007-08 global financial crisis, the IMF under the Poverty Reduction and Growth Facility (PRGF) had a range of measures to cushion the impact on the poor. The following examples show how the IMF used their programmes to help the poor and to provide safety nets.

• Liberia suspended import duties on rice, adopted targeted programs to ensure access to food (such as school-feeding), and increased subsidies for public transportation.

• As part of the $16.4 billion loan package for Ukraine, for example, the government had an increase in targeted social spending amounting to 0.8 percent of GDP to shield vulnerable groups.

• The economic program of Pakistan (loan approved in November 2008) included measures to protect low-income households from increases in electricity tariffs and increases in social safety net spending and scaling up of existing social programs.

Also, IMF programmes are flexible in response to evolving circumstances. For example, fiscal targets for the PRGF-supported program with Nicaragua were revised in 2003-04 to allow for higher social and public investment. Another case is Honduras where in response to a temporary spike in fuel prices in 2005, the PRGF-supported program was modified to allow for temporary fuel subsidies and higher spending on social safety nets.

So clearly, with Ghana going for an IMF programme, there should be no fears of any adverse impact on social intervention programmes such as Free SHS/TVET, school feeding, etc.

Q3. Will an IMF programme necessarily mean a cut down on employment?

No, the IMF does not adopt a ‘one size fits all’ approach. Reforms are tailored to the problem at hand and further moulded to countries’ circumstances. The type of programme, the amount of financial support, and the programme’s conditions are country- and period-specific. The decision on employment is usually informed by economics. For instance, if the assessment of the economic data shows a shrinkage in the size (GDP) of the economy, increasing labour will not be a prudent economic decision to take as the marginal productivity of the additional labour will be diminishing. Thus, there will not be value for the wage spent on the additional labour. The reverse is however true. A practical case is the inherited IMF programme by the government of President Akufo-Addo from the Mahama administration. In the original IMF programme under Mr. Mahama and the NDC, growth had shrunk to 3.4% alongside other difficult economic situations, hence the freeze on some public sector employment. But when the government of President Akufo-Addo managed to increase the growth to above 7% on average in 2017 and 2018 they could employ and even implemented NABCO whilst the inherited IMF programme was still in place. Today, Ghana’s GDP growth rate of 5.4% with a 6.9% non-oil component for 2021 is even above what was projected and there are still high prospects for growth. An IMF programme in such promising growth environment cannot therefore call for a cut down on employment.

Q4. How does an IMF programme help to improve the currency and interest rates situation of a country?

Usually, before countries sign up for IMF programmes they may have experienced some level of investor aversion that results in large sales of domestic assets including, quite often, the domestic currency. This is also called capital flight. The public fear is that the crisis will result in high inflation and/or debt defaults. It is because of these risks that interest rates and the demand for foreign currency increase. A prudent monetary policy and other confidence-building measures are needed to help contain the run on the domestic currency and on domestic assets by curtailing inflation expectations and raising interest rates, thus preventing a disruptive situation with a free falling exchange rate and rampant inflation. An IMF programme then becomes catalytic in improving confidence, thereby reversing the capital flight. As capital flows back into the country this eventually allows for lower interest rates again.