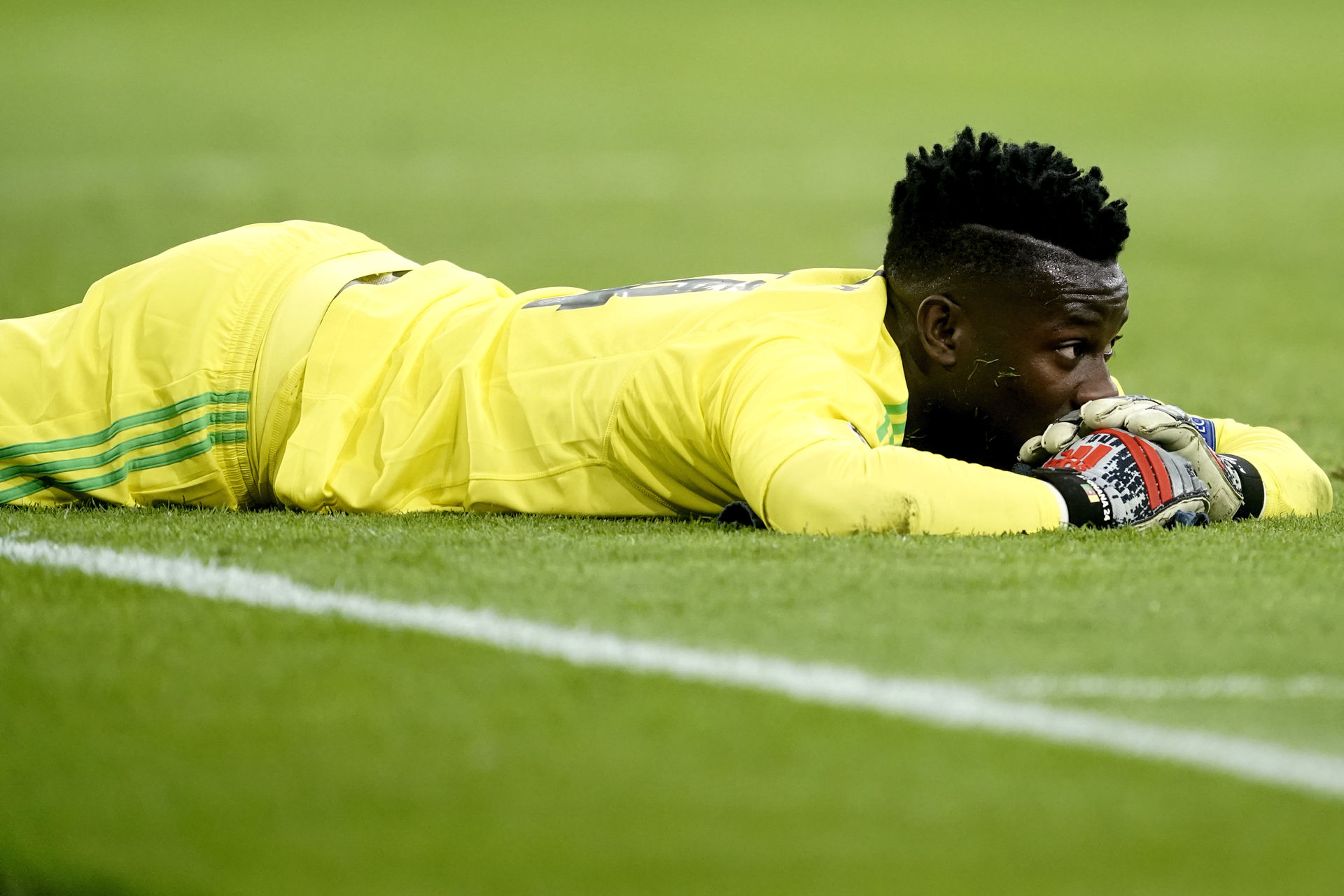 Look around Europe and you wouldn’t find many African goalkeepers at the highest level of football. Look more closely, and you’d spot even fewer doing it as brilliantly as Ajax Amsterdam’s Andre Onana.

In four seasons since making his breakthrough from the Dutch club’s legendary youth ranks — five years had been spent previously in Europe’s other fabled academy, over at Barcelona, when he first arrived from his native Cameroon — Onana has established himself as a regular, the defensive spine of a team more celebrated for its attacking gusto.

In that time, Ajax have won domestic silverware, reached (and lost) a Uefa Europa League final, almost did same in the 2018/19 Champions League, and weren’t many games away from a 35th Eredivisie title when the season was canceled due to the novel coronavirus pandemic.

Much of the praise for Ajax’s successes in that period went to the team’s outfield players, the likes of Frenkie de Jong, Matthijs de Ligt, Hakim Ziyech, Dusan Tadic, and Donny van de Beek. Onana’s role, though just as brilliant, was acknowledged almost as an afterthought.

When suitors began queueing up for Ajax’s young stars last summer, Onana wasn’t as highly sought-after. De Jong and De Ligt were plucked by Barcelona and Juventus respectively, Ziyech is on his way to Chelsea, and talk of Van de Beek joining Real Madrid only gets louder by the day. Speaking to Fox Sports this week, Onana indicated that his own move to greater heights is imminent.

“It was five great years here. But now my time has come to take a [next] step,” he said. “We made that appointment last year. I don’t know yet what will happen, but my ambitions and agreements are clear.”

Clear, yes, but hardly straightforward. There would be no shortage of clubs seeking to have Onana, a nominee for the inaugural Yashin Trophy at the last Ballon d’Or Awards, on their books — but how many of them truly represent the ‘next step’ Onana craves?

Well, the Blaugrana already enjoy solid — perhaps superior — goalkeeping in Marc-Andre ter Stegen, and dislodging the German would be a tough job. A backup role, considering how things turned out for former Ajax goalkeeper Jasper Cillessen when he moved to the Camp Nou in 2016, might not make much sense for one so young.

The other clubs to whom Onana has been linked with any seriousness are Premier League sides Chelsea and Tottenham Hotspur. Both have a greater need for a new No.1 than Barca do, with the end of Hugo Lloris’ long spell in Spurs’ goal nigh and Chelsea’s costly Kepa Arrizabalaga experiment not turning out quite as well as anticipated. Neither London club is exactly flying right now, however, and both are still in the early, teething stages of rebuilding under new managers, and the struggles have been especially evident in defence.

Only two teams in the current Premier League table’s top half — Spurs one of them, on 40 — have conceded more goals than Chelsea’s 39 this season. In Europe — where Onana’s Ajax faced Chelsea and Spurs in the past year — those cracks have appeared, too. Of the 16 clubs that made it out of the Champions League’s group stage this term, Spurs shipped the most goals, 14, with Chelsea third on nine.

Spurs have already been ousted from the following round by RB Leipzig, and Chelsea — when football resumes — also have their bags packed for a scary trip to Germany and subsequent elimination following a heavy first leg home loss to Bayern Munich, and there’s no guarantee that either club — unlike Ajax — would return to the competition next season.

Should Onana join them, there’d be no hiding place, with every error sure to be scrutinized and over-analyzed. As a goalkeeper, cast in a spotlight of his own much of the time, it’s a risk he runs already — as an African goalkeeper, per Onana’s own admission, the bar is even higher.

In England, the game is tougher and less forgiving, and Onana would be tasked with stopping forwards much better than those he’s used to facing in the Netherlands. After only a handful of years of senior football, the 24-year-old may not yet be up to that task, and a couple more at Ajax should get him ready.

Taking a cue from how challenging some of his aforementioned former teammates have found life post-Ajax, Onana might just rethink the decision to join the exodus. The grass, for Onana, is greener on the other side at the Johan Cruyff Arena.

Statement: Our judges must save ‘fragile’ Ghana now

COVID-19: Ghana to open airports for domestic flights this weekend

Danbort 0-2 Hearts: Phobians match on to FA Cup next stage