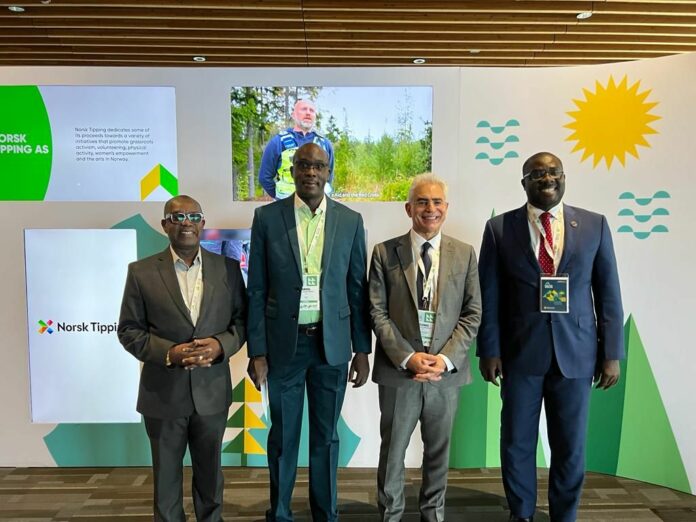 The World Lottery Authority (WLA) has revealed that it will be focusing more on responsible gaming and good causes in the coming years and has asked member countries to promote these values.

It has also tasked lottery bodies in the world to take a firm stance on illegal lottery activities which according to the Association caused a loss of revenue of a total of 1.8 trillion dollars in 2022 alone.

At this year’s World Lottery Summit held in Vancouver, British Columbia, Canada, the association charged member countries to do more on responsible gaming and good causes.

Ghana’s National Lottery Authority (NLA) itself has been battling illegal lottery activities for some time now and is determined to increase its clamp down with new measures put in place by the current Director-General.

The NLA has a little over a year launched its charity arm the ‘Good Causes Foundation’, which has the objective to develop, implement and maintain an integrated action plan based on four main pillars – education, health, youth, and sports development, and culture
Ghana is being represented at WLA Summit by the NLA Boss, Mr. Sammi Awuku, and Dr. George Gyamfi-Osew the immediate past Director of Operations of the Authority.

The World Lottery Authority (WLA) holds its meetings every two years but could not hold the 2020 event after the Buenos Aires, Argentina in November 2018 as a result of the COVID-19 pandemic. The meetings amongst other things take stock of the various member countries’ programs, Regional reports, suspensions, and expulsions from the Association.

Again, it is also to consider new members who meet the criteria and to promote Responsible Gaming and Good Causes within the various Lottery Bodies.
This year’s summit was held in Vancouver, British Columbia was attended by over 1,000 delegates drawn from various continents.

Suspension of Russia and Belarus

This year two lottery bodies from Russia and Belarus were suspended by the Organization for their government’s role in the ongoing Russian/Ukraine conflict which has left many dead.

WLA President, Mad. Rebecca Paul said since they were asked to denounce their role and prove that the revenue generated was not being used to fund the war were not adhered to they must face the consequences.

The body of nations almost unanimously with over 100 lottery bodies approved the proposal with 2 voting No and one abstention.

Younnes El Mechrafi who is currently the General Secretary of the African Lottery Association has also been elected as an Executive Member of the WLA.

Paris, France hosts the next World Lottery Summit in 2024

Cocoa farmers are enjoying better under Akufo-Addo than Mahama – NPP