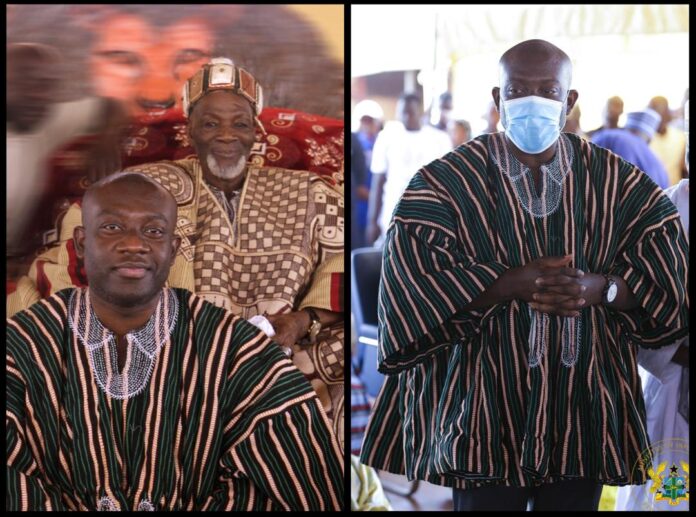 The overlord of the Dagbon Kingdom, Ya-Na Abubakari Mahama ll has honoured the Minister for Information Kojo Oppong Nkrumah at the Gbewa Palace in Yendi.

Mr Oppong Nkrumah was in the Northern Region on a working tour which also took him to Yendi and nearby towns.

Ya-Na Abubakari Mahama ll presented a traditional rich dagomba smock and a white ram to the Information Minister who is also the MP for Ofoase Ayirebi.

He praised Mr Oppong Nkrumah for his dedication to work and commitment to do more to advance information dissemination in the country.

In a brief response, the Information Minister thanked the overlord of the Dagbon Kingdom for the recognition.

Ya-Na Abubakari Mahama ll is the first traditional ruler to visit the Information ministry. He visited during the Founders Day Lecture delivered by the Speaker of Parliament Professor Aaron Mike Oquaye in August this year.

The Information Ministry was heavily involved in the organisation of the event to outdoor the Ya-Na on 25th January 2019 following his enskinment.