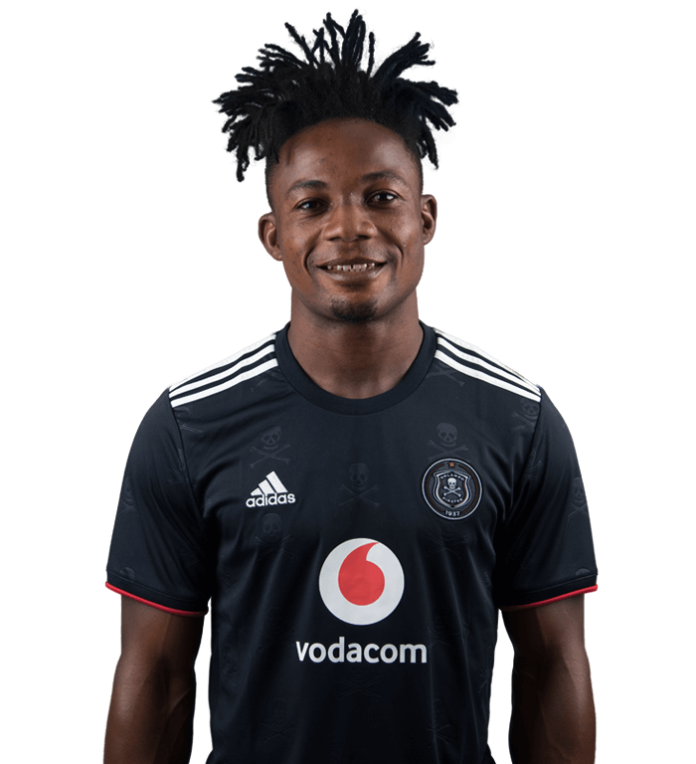 Ghanaian forward Kwame Peprah was on target for Orlando Pirates FC in the Premier Soccer League in South Africa on Tuesday evening at the Orlando stadium in Johannesburg.

The Ghanaian forward played 72 minutes of the match before he was taken off in the last 18 minutes plus additional time period of the game.

Thembekosi Lorch scored the opening goal of the match to put the hosts 1-0 up early in the game halfway through the first half of the match.

Four minutes away from the half time whistle the Ghanaian forward registered his name on the score sheet for the Bucs who ended the opening 45 minutes with a comfortable 2-0 lead.

A timely strike from Kwame Peprah, who was just on the perfect spot inside the box to send one past the keeper to made it 2-0 to the Black and Whites outfit after 42 minutes.

Attacker Deon Hotto was on hand to grab the third goal from an inch-perfect cross from Lorch after Pirates made a swift move from their end of the field to the Maritzburg penalty area.

Just on the 70th minute mark, first goal scorer, Lorch located Kabelo Dlamini, who had oodles of space out wide, and did not err in slotting the ball into the back of the net for Pirates’ fourth of the evening.

Peprah’s goal in the match against Maritzburg is his sixth strike in the league this season for Orlando Pirates FC.

The 21-year-old Ghanaian attacker is up for the Young Player of the Season award in South Africa on his debut season following his impressive showings in the PSL.

The airman from Sierra Leone who was shot down over Nazi...