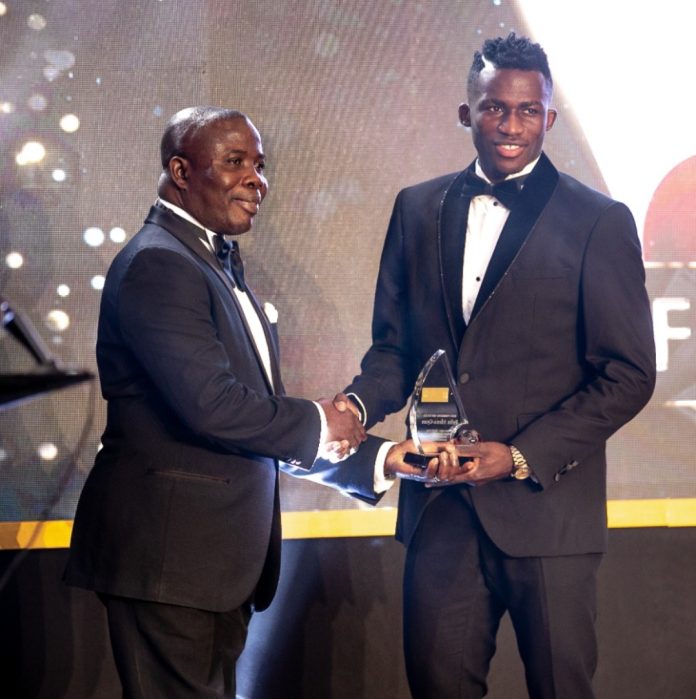 AS Roma wonder-kid Felix Afena Ohene-Gyan is on cloud nine after emerging as the most promising Footballer of the Year at the Calcio Trade Ball 2022 awards night.

The award which is organized by the Italian ambassador to Ghana and Arthur Legacy led by top agent, Oliver Arthur rewarded the youngster for his exceptional season.

Afena Gyan had his breakthrough season in the 2021-22 Italy Serie A season at Roma under manager Jose Mourinho after excelling for the Youth Team.

He scored six goals in the Italy Primevera for AS Roma’s U19 team which led to his immediate promotion to the first team of the Yellow and Reds.

“I’m grateful to God for winning the Most Promising Footballer Of The Year award at the #CalcioTradeBall2022 event.Thank you @ArthurLegacy @ItalyinGhana”, he wrote on social media.

The 19-year-old Ghanaian versatile forward played 17 League games for Roma in the Italian top-flight and scored two goals in his first ever campaign.

He earned a call-up to play for Ghana in the 2022 FIFA World Cup playoffs against the Super Eagles of Nigeria as Ghana booked a place in the next FIFA Mundial in Qatar this November.

The youngster scored his first goal at the international level for Ghana in the 2023 Africa Cup of Nations qualifiers against Madagascar at the Cape Coast stadium early in June 2022.

Supreme Court is sacrificing justice for an expeditious trial – Former...

Cape Coast CID arrests one suspect over murder of headteacher