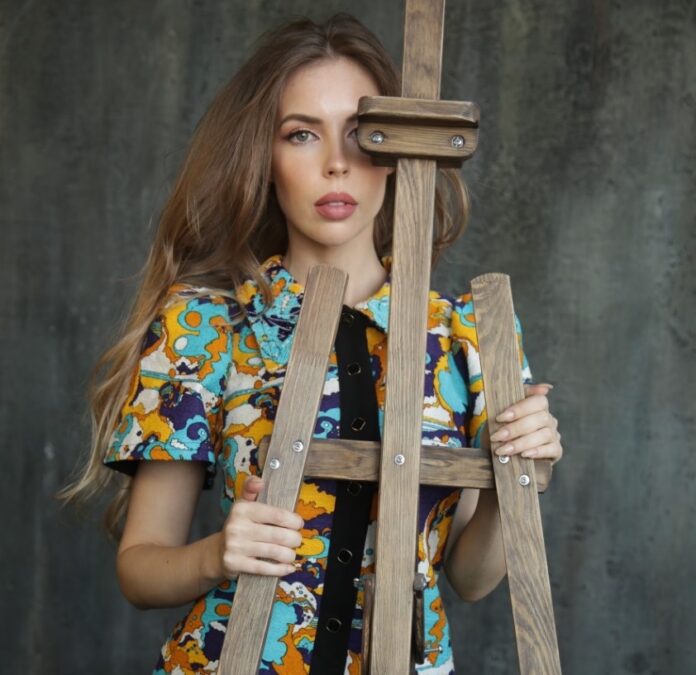 The world of art, for most of us, will resonate with gorgeous historical architecture, scenic landscapes, and humane emotions. Well, technological intervention in every tiny aspect of our lives, has been an inspiration to a few artists as well. Based on Abu Dhabi, Yuliia Korienkova is one such name whose artwork will resonate with the modern-day tech spirit in every stroke. From being a passionate devotee of art and artistic expressions since she was 3 years old, Yuliia embarked on her education journey to explore various other facets of her strengths, only to realize that her strength and devotion in art surpasses all others.

Back to roots
Yuliia studied engineering, just like many others, who believed that the stream had serious promise to guarantee a successful career. For a while, it would not be wrong to say that Yuliaa stayed away from pondering on her next piece or searching for a novel inspiration to translate that into her art. But such a break was short-lived. Soon, she realized the missing element in her life. Without much ado, she went back to her life of brushes and strokes to relive her sense of happiness and fulfillment, After all, for most of us, it is in this sense of fulfillment, wherein lies our biggest sense of success. Yuliia was no different. For her, success is a personal choice and can be felt when the spirit of the Lord agrees to bless upon.

Art updated with times
Yuliia’s art is a manifestation of the progress that technology has made, especially in the field of artificial intelligence. Her visual art is a mirror representation of the evolving role of science and the advancements that technology has made to impact every corner of people’s lives. She believes that as people’s lives continue to evolve with the impact of technology, it is time that art should evolve in tandem. Her artistic technique involves adding a third dimension to the usual idea of paintings drawn on a canvas. Every artwork will be seen interspersed with technological devices, thus acting as a device. One can charge Yuliia’s artwork and it can be used as an application as well. In her art, you will notice various forms of forward-looking robots and technology, representing Yuliia’s vision of what possibly could their outlook be tomorrow.

Interesting isn’t it? You have got to see it to believe it. Yuliia’s studio is in Abu Dhabi where one can get a sneak peek of her artwork. Apart from that, she frequently travels to different parts of Europe and the Middle East to host exhibitions and shows. Her next show will be in New York.

Law students partnering NCCE to reduce crimes in our democracy