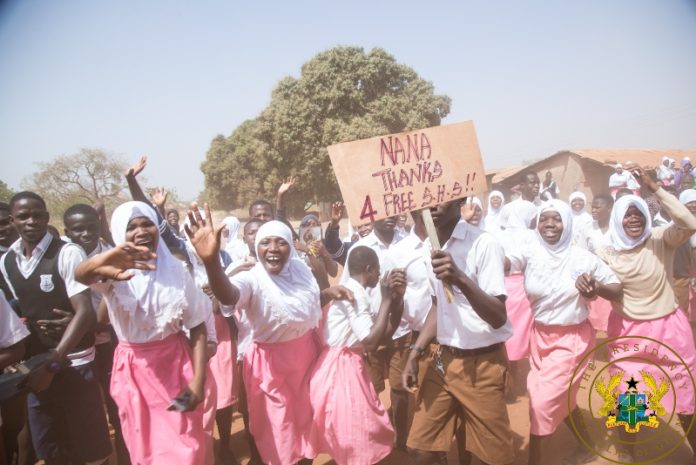 The Finance Minister, Ken Ofori-Atta, has stated that the government’s major flagship programme, Free SHS is not under review.

The minister said ¢5.3 billion has been invested into the policy so far.

According to him, this investment has benefited 1,261,495 Ghanaian children.

“It has been at the core of our national transformation efforts since 2017. We have invested ¢5.3 billion to enable 1,261,495 Ghanaian children to access secondary education under the Free SHS programme at the end 2021 to improve access to education.”

Delivering the 2022 mid-year budget review in Parliament on Monday, Mr Ofori-Atta insisted the policy will not be reviewed to disenfranchise the vulnerable in society.

“From kindergarten to university, without the ability to pay being a hindrance. Free Secondary and TVET education are not under review. We will continue to fund and improve them.”

He, however, said government is not oblivious of the challenges in accessing and transporting food for students in SHS and is fixing them.

Following his admission, Mr Ofori-Atta said the government is currently engaging the stakeholders to ensure the food crisis currently ongoing in some schools in the country is addressed.

“In response, we have engaged stakeholders and devised a programme that ensures that schools will not be disrupted and our students are well-fed.”

“Government has also recently completed 17 additional projects including classroom blocks, dormitories, staff bungalows and libraries as part of infrastructural expansion in Senior High Schools. To deal with the record increases in student numbers.”

The funding of the government’s flagship programme has come under scrutiny, especially in the face of the current economic downturn being experienced in the country.

Some senior high schools have complained of food shortages and a lack of funds for the smooth running of activities.

But the Education Ministry has released a press statement to effect that the challenges are being addressed.

Ghana is ready for AfCFTA – Alan