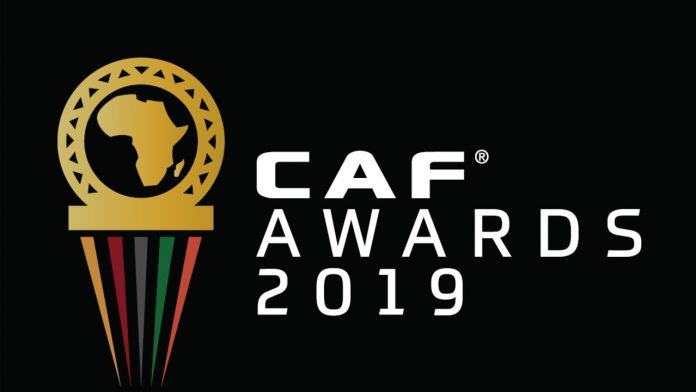 Earlier this week, the Confederation of African Football released the final shortlist of nominees for its latest Player of the Year award. Three England-based players — Mohamed Salah, Riyad Mahrez, and Sadio Mane — made the cut, and Daily Mail GH attempts to predict the order in which the trio would line up come January 2020 when the winner is named.

The past three years have seen Mane finish on the podium for CAF’s top individual honor, but never has he walked away with the prize. Now, it’s all set to change. Liverpool teammate Salah has claimed the last two editions, but even he is no match for Mane this time. Mane equaled Salah’s goal return at club level in the previous campaign, has bettered him thus far this term, and also had the more memorable Africa Cup of Nations experience earlier this year with finalists Senegal. This season, he has been Liverpool’s driving force as the Reds have marched in style towards maiden Premier League glory. And, to garnish it all, Mane has had a hand in goals scored in all three international finals Liverpool have won in 2019. Need I say more?

Extolling Mane’s virtues isn’t to drown Salah’s, of course. Like the former, Salah has conquered Europe and the world in the year under review, and was a recipient of a Golden Boot at the end of the last Premier League season. And while Salah’s current scoring rate at Liverpool is admittedly lower than his previous numbers, it isn’t to be sniffed at. Egypt’s early elimination from the Afcon the country hosted does take some wind out of Salah’s sails, however, swinging the pendulum ever so slightly in his challengers’ favor. Even so, he is good money for second.

Saturday saw Salah and Mane win their third trophies of 2019, yet both still trail Algeria’s Mahrez by two — that’s how good the 28-year-old has been. Or rather, that’s how good Mahrez’s club, Manchester City, have been. Following his big-money acquisition by City in the summer of 2018, Mahrez has had his moments, returning 18 goals and 22 assists. Yet those stats, though impressive, have come in just 66 games — only 43 of them being starts. Armed with a fit squad, City could probably do without Mahrez and still operate in top gear — something that couldn’t be said about Mane and Salah’s worth elsewhere in the North-West. The bulk of Mahrez’s bid for a second Player of the Year gong, however, is built on his role in Algeria’s triumph at Afcon 2019. His three goals — the pick of which was a stunning last-gasp freekick that sunk Nigeria in the semi-final — helped move the title push along; even so, Algerian colleague Ismaël Bennacer was adjudged the tournament’s finest. Finishing second runner-up wouldn’t be any more — or less — than Mahrez deserves.